Access to financing might be a common problem for entrepreneurs, but Feroz Sanaulla, a leading regional investor, believes they first need to demonstrate their own commitment to their businesses. 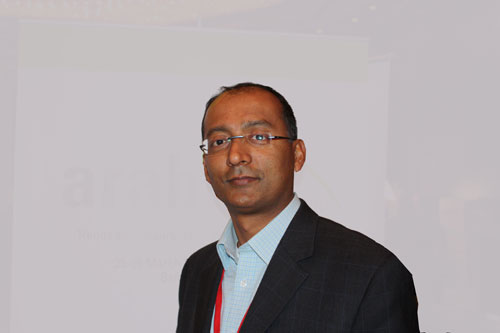 For many Middle Eastern entrepreneurs and start-up companies, access to funding is perhaps the most critical concern as they build their business – not least in an era when credit lines are shortening and in an environment that is already risk-averse. It was little surprise then that funding and finance played a key part of ArabNet, the first dedicated web business forum in the Middle East, with a special – and very well-attended – panel dedicated to the topic.

One of the main participants was Feroz Sanaulla, director of Intel Capital for Middle East, Turkey and Africa, an investor in some of the region’s successful web start-ups including Jeeran and ShooFeeTV. He sees many entrepreneurs developing good ideas, but failing to realise their potential due to several common mistakes.

In a region where VCs and angel investors are not as prevalent as in other parts of the world, what is your assessment of access to capital for entrepreneurs and start-ups in the Middle East?

Feroz Sanaulla: Well, firstly, global VCs do not have the same understanding of local market dynamics – we would only invest if we can see local investments being made first. We bring a different kind of value to start-ups, such as a more globalised market and access to entrepreneurship as a set of values and a mindset. Also, we increase the competitiveness of the local market in the global marketplace. Another way of looking at it
is that we look at no more than 200 business plans a year from this region, which is lower than most other parts of the world. So the lack of VCs could be attributed to the lack of business pitches!

As an angel investor, what characteristics or factors do you look for when deciding whether or not you will invest in a start-up?

What advice or steps can entrepreneurs follow to receive the funding their business needs?

FS: There are three important things. In the tech space, the first is to have one great idea. Google had a great idea from the beginning and then, with time, figured out a way to monetise it. Technology, although important, never really sells itself, so it’s not the core of a business model. Ideas, however, are. Secondly, forget about the money. Usually, it takes more time and cost than entrepreneurs usually estimate to set up a company. Finally, and I cannot stress enough how important this is, surround yourself with talent. Team-building is vital. I personally prefer investing in a team than in a sole entrepreneur, because more input, stronger decisions and ideas come from a team – especially one that accepts that smarter people do exist.

What are the common issues or challenges that an entrepreneur makes in the early stages of building their business?

FS: A big problem in the first two years is that many entrepreneurs remain doers, instead of becoming leaders. Entrepreneurs need to leverage the skills of their team and to be able to step back and build a more holistic vision. So a big problem is when your business gets in the way of taking care of your business. Not getting seed capital is also a problem, so an entrepreneur should be prepared to seek institutional financing – although this is something that most entrepreneurs shy away from. Start-ups need to govern their finances properly and churn out a robust, financially-scalable structure.