Egyptian tech start-up Vimov is one of the new generation of iPhone application developers. Now they have created one of the first iPad apps, underlining the global possibilities of this burgeoning market. 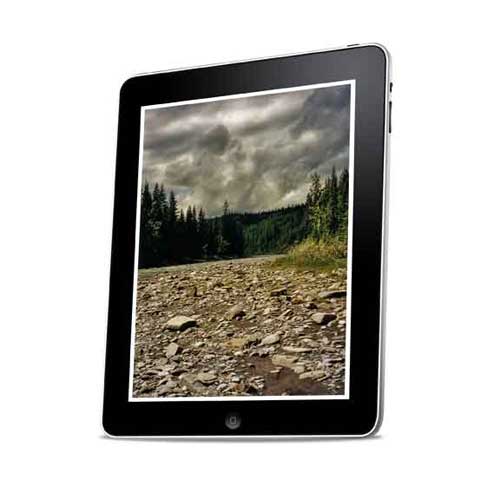 In the world of Apple, where form no longer bows to function, artfully forecasting the weather is sufficient to create a storm of success. And in the ever-expanding application planet – for the iPhone and now iPad – that storm can be unleashed from anywhere. Egyptian company Vimov demonstrated this in April with their Weather HD, a simple app that renders the daily forecast in lush high-definition videos – laying claim to be the world’s first independently created iPad app.

Simplicity, it seems, is key. “If it rains, you’ll see a beautiful video of the sky raining, or a flight through the clouds if it’s a cloudy day,” says Vimov general manager Amr Ramadan. Transforming daily weather information into a rich visual experience has also translated into a sunny bottom line for Vimov; as of April 1st, two days before the iPad launch date, Weather HD became the fourth best-selling paid iPad application, ranking only below Apple’s own Pages, Numbers and Keynote.

“We’d been successful with the iPhone application, and knew about the approval processes and timings,” Ramadan says. “And about three weeks before the iPad’s release, rumours spread that Apple would not include a weather application. While we were positive that The Weather Channel and AccuWeather would release weather-related apps, we knew that there would be a gap in the market for a casual, more simple one.”

Vimov’s ability to fill this gap on a tight schedule proved crucial to their success. Inside just two weeks, Vimov created an application that “looks stunning and is very easy to use, yet is not limited in functionality”. Weather HD’s booming sales in a market that Vimov estimates will climb to $1 billion in the next year has made the start-up’s story an entrepreneurial fairytale.

Yet Vimov’s tale yields lessons beyond those of timing and style. The Alexandria-based company was founded in 2008 with a goal of global-scale innovation, in contrast to a dominant software culture in the Middle East, which focuses on delivering outsourced services to American and European markets. But, according to Ramadan, outsourcing “lacks the challenge and success potential that are otherwise possible when creating software products”.

To break this mold, Vimov created a business model that allocates 50 per cent of its resources for outsourcing and funnels the remaining revenue into its own app development. With mobile download rates in the Middle East among the highest in the world, the business plan looks a sound one.

Vimov’s other apps include iSimulate, a tool developed to support iPad app development, underlining their hybrid agenda of consulting and developing in the mobile app industry. “If you believe that you can do something, don’t let others’ opinions bring you down,” says Ramadan, who was told repeatedly his approach was 10 years too soon. “If others in the US or Europe can do it, there’s no reason you can’t.”