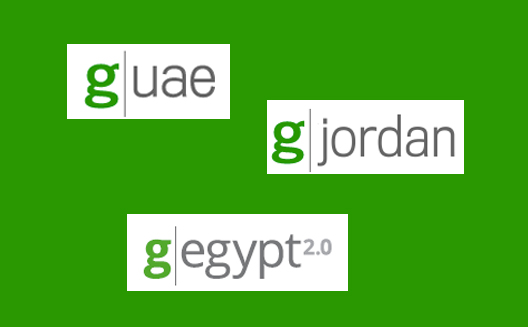 The Arabic online content gap looms large as a myth traversing the Middle East today. Versions of a statistic are recited by many startups in the region today to justify their mission: while around 5% of the world's population speaks Arabic, less than 2% of online content is written in Arabic. This percentage gap has taken on a life of its own as an indicator of the region’s failure to create useful localized content in its own language.

It’s worth taking a deeper look at the statistic; while its origins seem mysterious, it’s Google that has recently evangelized this gap, leveraging the numbers at g|jordan last year to encourage the Arab World to increase the amount of relevant, business-oriented Arabic content.

Yet when asked this year whether Arabic content is really the issue, MENA Product Manager Najeeb Jarrar deferred. “That was more of an issue a couple of years ago; Arabic content is currently growing at a healthy pace. Use any Arabic keywords that you have in mind, and you'll find a lot of results. The bigger issue is making finding and sorting the content easier for users.”

Indeed, after hosting g|uae and g|jordan this October, it's clear that Google has left the past propaganda behind to encourage innovation. The tech company demonstrated Android coding, presented its online applications, and introduced Google+ to businesses, with a newly prominent focus on website optimization.

As it heads into g|egypt 2.0 this December 11-13, Google will continue to enhance access to information with several new roll-outs. With each iteration, the search engine is getting smarter about making relevant content available.

“We are starting to learn from your habits,” says Jarrar.

How? Search is now more localized, he says. If you search for the Minister of Education from Riyadh, Google will now detect your location and prioritize the minister from Saudi. If you search for a hotel location, it will begin with those in your neighborhood.

Search is less noisy and more specific. “We had a lot of spam in the region, so we had to filter out sites that were just adding keywords to trick our search. We’re also now adding comparisons between vendors to our results, and maps if you search for a region,” says Jarrar.

Information is also more suited to the local mindset. Google has optimized not just its search, but the delivery of crowdsourced information, launching Arabic Q&A forum Ejabat (“Answers” in Arabic) two years ago.

“A lot of people in this region are completely new to the internet, and they search differently than experienced users,” says Jarrar. “They ask questions in full sentences. So we launched Ejabat to help users to help each other out.”

Despite seeming to run the risk of overemphasizing your own preferences in your results with these changes, Google won’t become a personal echo chamber, however, says Jarrar. “You’re still going to see regular results; we simply prioritize the ranking based on your habits.”

How Google is Catering to Small Businesses

At g|days, Google has also proved that its value extends far beyond improving information search. Its cloud services allow businesses to build and host web applications on Google infrastructure with App Engine, and Google+ has supported Arabic from day one. Jarrar notes that regional businesses are increasingly using the “hangout” function to facilitate meetings.

The tech giant also launched Ebda2 with Google in Egypt, a competition aimed at identifying, mentoring and rewarding Egyptian internet and mobile startups. It generously offers a final award of US $200,000 with no limitations, conditions, or strings attached.

Google’s influence also goes beyond providing infrastructure and funding; it has begun to have a culture affect as well, as two young women attending the Women’s Roundtable attested. “I liked that Google talked about [how] to be yourself,” they said. “[Google suggested] that you bring your personality to your job and your work, because this will make your work more personal.” It’s also great to see a panel of women talking about technology, they said, because “we don’t discuss these topics as much in the Middle East.”

While it may begin with a call to content creation and end with a subtle message of cultural empowerment, at the end of the day, Google is focused on the economic bottom line, says Jarrar. “The idea behind g|days is to have a discussion with developers and businessmen to help them to get to the next level of their businesses.”