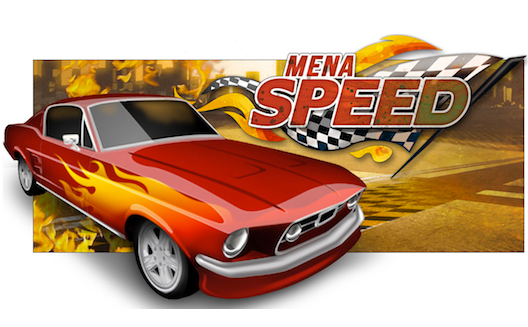 The game, which can be played in both Arabic and English on Sony’s Minis platform, is the first drag racing game to feature cities across the Arab World. Racers compete against other challengers in the game in cars that are purposely rendered with a high level of detail, to cater to the region’s love of cars.

Its website explains that players can upgrade the car engine, gearbox, cooling system, and manifold to improve its performance; and can customize a car’s look with different paint jobs, spoilers and rims- it’s truly for car aficionados.

"The minis platform, with its casual nature and its selection of bite sized game titles, has enabled us to experiment with console based digital distribution channels and the results have been very encouraging" said Mahmoud Ali Khasawneh, Quirkat's CEO.

MENA Speed is the 5th minis game launched by Quirkat, which has worked since its beginning to 2004 to create content that is regionally relevant. Its other well-known non-minis titles include PC game Arabian Lords, mobile game Tariq’s Treasure, and social-mobile franchise Al-Moosiqar, all of which are offered on its gaming portal Fuzztak.

A local backdrop and a nod to the region's car obsession may be what it takes to make the game resonate in its current setting. While Quirkat continues to run the risk of playing into stereotypes, especially with its ‘old-Arabia’ style settings, Sur3a (a name preferable to the acronym-based ‘MENA Speed’) may just bring the company’s game arsenal into the modern era.