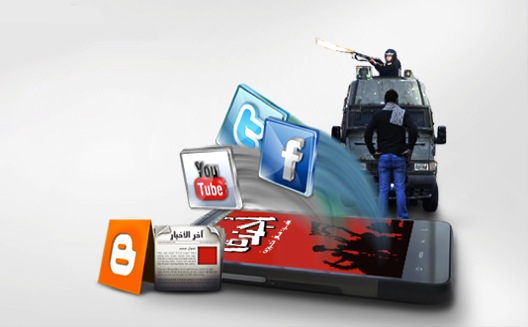 With all that’s going on in Egypt, staying on top of political developments can be all-consuming. When grazing on today’s media buffet, it’s hard not to get information greedy and browse several photos on Twitter of elections while watching a video on Al Jazeera of recent protests and reading Al Masry Al Youm’s election live feed.

Yet it’s easy to feel like that you could miss something at any moment.

So the app, which is named partly for January 25th, and partly in a cheeky wink at Mubarak's claim that protestors have a foreign "agenda" in Egypt (its motto is "political, not foreign"), takes the works out of news consumption. But then- it even goes a step further to remove the noise, by learning what you like to read.

“Based on your consumption pattern, we are able to efficiently predict what kind of content you prefer,” says founder Hesham El Gamal. “If you are interested in a certain author, we will get you more content related to that author. Or if you’re interested in more information related to the constitution, we will bring you that.”

Right now, it uses an algorithm to choose from Agenda25’s aggregated set of feeds, but in the next edition of the app, it will offer you the ability to add your own feeds to its digest as well.

Another goal, says El Gamal, is to add a social layer to your consumption, allowing you to share your news digest with others, or even follow the digests of leading political figures to see what they’re consuming to stay on top of the news. How much more informed could you get?

In the immediate context of Egypt, it’s easy to see the app’s usefulness. But the platform’s real innovation is that it can be applied to any topic. Its mechanism is simply a machine learning algorithm connected to a library of tags that pulls information from the web and hosts it on a cloud server. Those tags could be related to anything.

Because of its flexibility, El Gamal envisions a revenue stream that involves not just premium services like alerts, but also licensing the platform to other builders, especially media platforms that may want to bring their readers smart digests of anything from politics to entertainment to sports.

The app is also designed to help countries on the whole handle internet and telecom network congestion at peak times. The hope is that providing readers with offline viewing will help alleviate the crunch that occurs when users access networks during typical news consumption hours, an issue that will only get worse in the coming decade.

This ambitious vision wasn’t built overnight; it took a year to develop the platform at Gamal’s company Inmobly, which has two members in the U.S. and a team of 13 handling development in Egypt. It was also supported by grants from the State of Ohio (Gamal is a professor at Ohio State University) and the Egyptian government, as well as the founders’ own money

Thus far, Agenda25 had 39 downloads in the first two hours.Given its timeliness, we bet downloads will accelerate with every protest and election.

Apps for Blackberry and iPhone will follow soon once they are store-approved; the Android app can currently be downloaded from the Agenda25 page. Let us know what you think.

Apps for Blackberry and iPhone will follow soon once they are store-approved; the Android app can currently be downloaded from the Agenda25 page. You can also check the Facebook page for updates.