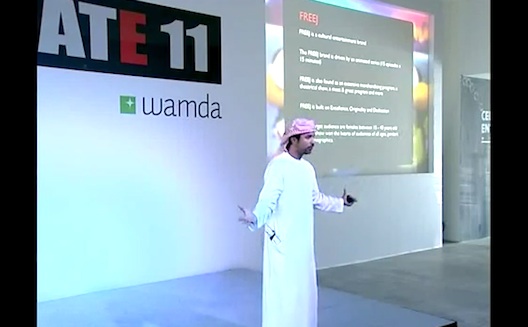 Mohammad Harib, the founder of Lammtara Pictures, describes his tough journey launching the first 3D animated series in the Arab World in the Emirates, the wildly popular show Freej, despite the fact that cartoon shows are the most popular shows watched in the UAE and relate to a wide variety of ages and demographics in the Arab World.

Harib explains the psychological barriers to entry, and how animation seems hard from the outside, but is easy to pick up once you learn a few software packages. He also describes creating a targeted brand out of his cartoon show, and encourages entrepreneurs to define their target audience when building something new.

Independence is key as well. "You have to develop your skills yourself. You have to expand your knowledge," says Harib. Also, your work should be excellent, original, and dedicated. To stand out internationally, he urges, your work "has to be strong enough to stand on its own feet and be a prime example."