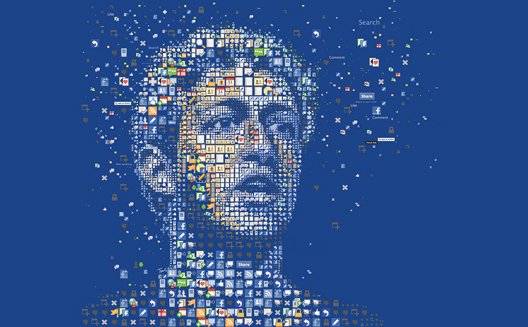 We've all heard the news- Facebook finally filed its much-anticipated prospectus for an initial public offering yesterday, seeking around US$5 billion.

Multiple sources report that the IPO values Facebook between $75 and $100 billion, above the $50 billion valuation offered in two previous private rounds of investment led by Goldman Sachs last year, but fitting with recent trading on private exchanges, which has indicated a U.S. $80 billion valuation.

As Facebook use continues to explode in the Arab World, with users in the Arab World doubling between 2010 and 2011, according to the Arab Social Media Report Vol. 2, and Arabic exploding at a rate of 17.85%- the fastest of any language on Facebook last year- there are several reasons that Facebook's IPO could spur its efforts in the region.

I chatted with our CEO Habib Haddad to take a deeper look at a few. Here are 5 ways that the Facebook IPO may affect Arab entrepreneurs.

Facebook currently boasts around 845 million users, the largest of any social network. It could hit 1 billion users by August of this year, iCrossing senior analyst Greg Lyons estimates. Lyons predicts that most new users will come from emerging markets, especially from India and Brazil, where Facebook  comprise 3% and 16% of the population respectively.

In the MENA region, only around 27 million of the region's estimated population of over 300 million were active on Facebook as of April 2011. That total of 9% illustrates similar potential uptake in the Arab World.

As Facebook looks to expand into new markets, it could open an office in the region to further encourage uptake in the region. This would means increased hires and opportunity for the region's talent, and likely more support for startups developing for Facebook.

Facebook's SEC filing reveals that 85% of its $3.71 billion in revenue in 2011 came from advertising.

As the company looks to geographically diversify its revenue, 56% of which came from the U.S., it will likely put money into expanding its advertising presence in emerging markets, ramping up partnerships like its alliance with Connect Ads, the official representation for Facebook in the region.

Increased Facebook ad sale in the region will shift offline sales online, encouraging the MENA market to spend online, eventually making it easier for startups in the region to monetize products online.

Startups building mobile apps may also get a boost. While Facebook ads don't yet exist on its mobile platform, its filing reveals that Facebook may soon be launching "sponsored posts," which may function similarly to Twitter's "promoted tweets," as paid messages that are featured in a user's feed. We would expect Facebook to roll this service out in emerging markets as well as it targets global mobile advertising market share.

With the infusion of cash, Facebook will likely accelerate its global acquisitions. Companies that leverage Facebook's APIs to do social media data analysis or importing, like its recent acquisition Octazen Solutions in Malaysia, might be prime targets as Facebook expands its local presence or simply acquires good talent and useful technologies. In the Middle East and Turkey, the growing number of tech and social-media oriented startups will provide increasingly appealing fodder.

A full 12% of Facebook's US$3.71 billion revenues were accounted for by social gaming giant Zynga, which rose to success building games on Facebook's platform, Wired reports.

Zynga has proven that producing games on Facebook's platform is lucrative. Yet, as GameTako creator Abdullah Faisal has pointed out, Arabic games often get lost in the shuffle on Facebook. As Facebook looks to reduce its dependence on Zynga, which is listed as a risk factor in its SEC filing, we expect to see it encourage the growth of other Zynga-like platforms in the region, especially as the Arabic market is worth between $1 billion and $2.6 billion, noted Mahmoud Khasawneh of Quirkat.

The IPO may or may not change Facebook's management structure significantly, but it will create millionaires out of early employees. After Google's IPO, Distinguished Engineer George Harik invested in transliteration startup Yamli and panoramic photo application Dermandar, and has given a lot back to the region; hopefully expatriate employees at Facebook will take a similar approach.