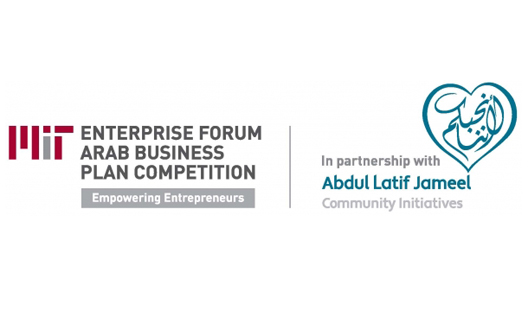 In the competition, conducted in partnership with ALJ Community Initiatives and GIST, a panel of 100 business professionals from across the Arab World assessed aspiring entrepreneurs based on their innovation, scalability and positive impact on the community.

This year, despite (or perhaps urged on by) upheaval in the Arab World, the total number of teams that made the cut in the semifinalist round has increased, says Hala Fadel, Chair of the MIT Enterprise Forum for the Pan-Arab Region.

"We are very excited to have 50 teams this year, a 70% increase from 30 teams that we typically have as semifinalists. We've actually seen a big jump this year in the quality of the applications," says Fadel.

In terms of geography breakdown, having around 40% of semifinalists come from Egypt is no surprise, but Fadel said it's particularly exciting to see a team from Syria, two teams from Palestine, and two from Yemen as well. After opening the competition to French, they have also seen an increase in applications from Tunisia, Morocco, and Algeria, which comprise around 10% of the semifinalists.

As usual the high-tech and software development sector accounts for a big segment of applications, around 40%, while around 20% come from media and creative industries and 10% from environment, water, and energy. The rest are social networks and e-commerce sites, which Fadel says have taken a hit this year.

It's not because their ideas aren't good or the market isn't booming, says Fadel. Rather, she says, "It's simply difficult for an e-commerce website to show clear differentiation in the market, especially in a two-pager application."

What's next for the semifinalists is a workshop at the Higher College of Education in Abu Dhabi on the 17th & 18th of March. After receiving training from MIT professors there, teams will submit final business plans in April, and 12 finalists will be announced in early May. These finalists will travel to Beirut for a final awards ceremony on June 21st, where they will present their business models to a panel of judges in hopes of nabbing a spot as one of the three winners.

Read the names below and find out more about the competition on the MITEF ABPC site.