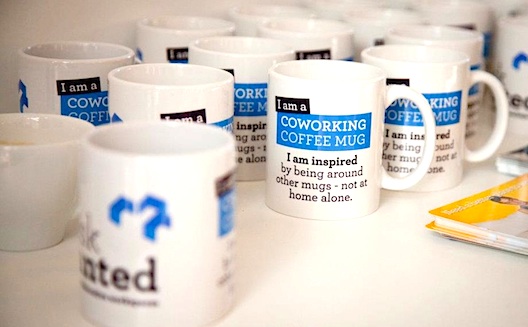 For an early stage entrepreneur, the most important first step in creating a business might be simply stepping out of the house and finding a real workspace.  Mazen Helmy, founder of Cairo’s newest co-working space, The District is here to facilitate this process. Opening its doors in centrally-located Maadi two weeks ago, coincidentally around the same time that coworking space MAKE launched in Dubai, The District is ready to be the launchpad for Cairo’s next wave of entrepreneurs.

The District’s prospects for success lie in its simplicity. Similar to the The Hub, an international network of workspaces, The District does not incubate, nor does it invest directly in startups, and there is no selection process. “If you want to start a business, you can have an office here tomorrow,” says Helmy.

Creating a space with a low barrier to entry is a central part of The District’s mission, as its sustainability is based around its reasonably priced membership fees. Entrepreneurs can have access to all of The District’s services and space for as little as EGP 10 (US$1.65) an hour, or as much as EGP 1400 (US$230) per month, with a variety of other options for different usage levels in between.

One of the most interesting and potentially enticing services offered by The District is its “Virtual Office.” For EGP 600 (US$100), The District will sit down and discuss your business with you, from your goals and mission to your individual team members). Following this, The District will provide you with a business address, telephone number, working as a liaison between your business and all inquiring parties for 6 months.

The District itself is set up to encourage creativity, innovation, and community. There are multiple rooms set up with individual workspaces, as well as two meeting rooms, two lounges, a library, kitchen, and a rooftop terrace. All arrangements are set up so that they can be configured for an individual entrepreneur or team. It has impressive attention to detail: every desk has a built-in glass plate on which one can draw models and make notes. Its location is also well-chosen for easy access despite Cairo’s eternal traffic jams, as it’s within walking distance of a major Cairo Metro station.

To build up their fledgling community, Helmy and his founding partners have placed a great deal of importance on the communal aspect of The District; to them, it’s more than just a place to have a desk and internet access. As a co-working space, they have no immediate competitors, aside from Rasheed22, a space in Heliopolis which used to be The Hub Cairo.

Any coworking space business model is somewhat precarious, in the sense that it heavily depends on a critical mass of customers or retaining large corporate clients, yet thus far The District’s focus on connecting people is paying off; they have begun to house IT developers, designers, an eco-entrepreneur focusing on roof gardens, and a social entrepreneur focusing on rural Egypt.

Diversity is ideal, says Helmy, who hopes that the variety of fields represented at The District will help community members get inspired to create innovative ideas and successful ventures.