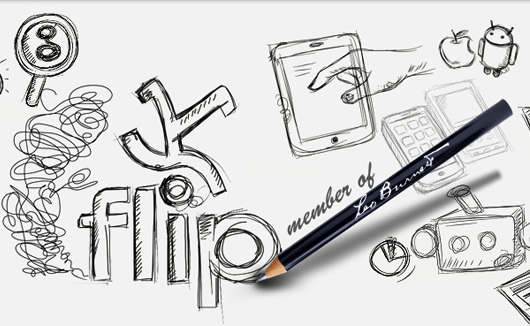 Flip Media, which has worked with Wamda and twofour54's Creative Lab on our CoE Animate videos, has over 100 "digital junkies and early adopters" carving out strategies for design, digital branding, content and delivery, and technology solutions, in seven offices around the world, including its headquarters in Dubai; Flip won't be changing its creative lounge spaces either.

In a statement, co-founders Dinesh Lalvani and Martin Diessner, who founded the company in Lalvani's garage in 2003, said that the acquisition is a logical next step for Flip, as Leo Burnett and the larger Publicis Groupe family will bring access to resources that will take the company to the next level.

Flip Media has been waiting for the right partner to expand with, says CEO Yousef Tuqan. "We started a conversation with Leo Burnett last year, and were excited by the access they'd give us to global brands, global knowledge and great people. We're known them for a long time and have a great respect for each other. They really see the value of digital."

As part of Leo Burnett MENA, Flip joins the broader group of Publicis companies, that include MSLGROUP, PHCG, Publicis Worldwide, Rosetta and Saatchi & Saatchi, and Digitas, Razorfish, Starcom MediaVest Group and ZenithOptimedia, under Publicis's media and digital accelerator VivaKi. Acquiring Flip will help Leo Burnett focus on digital strategy, CEO Raja Trad said in a statement, as they will work to "ingrain digital thinking into every aspect of Leo Burnett’s work and culture."

As the two companies coordinate, Flip Media, which has offices in India and the UAE, is retaining a regional focus. "We're really focusing on the Middle East and North Africa," says Tuqan. "Over the past year, we, as Flip Media, have been able to pick up a lot of business in the region, but there's a lot of opportunity for expansion. We'll be ramping up as we integrate with Leo Burnett MENA."