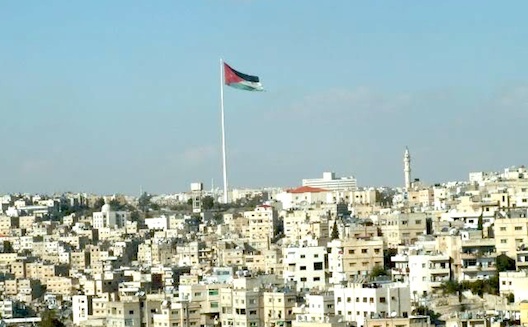 So Arabnet is here. If you are a regular visitor to the Beirut conference you are going to see a very strong Jordanian presence. For a country with less than 6 million people, few god-given natural resources, in a mostly desert kingdom, with very little water, Jordan is a superstar of entrepreneurship in the Arab world. So how did this happen? What is the story of Jordan and tech entrepreneurs? How can other countries learn from Jordan’s approach?

Here is my take as a Jordanian, an Arab that roams the world, and an angel investor that has been doing business in every single Arab country for the past three decades:

1. There is no safety net. When you know someone is going to pick catch you (hint: government) you have no incentive to jump. Strange, no? Well, entrepreneurs are risk takers. When risk is minimized and we are dependent on the generosity and grants of others, then we have no incentive to make it happen. “Father knows best” does not work here.

2. The private sector leads, thinks and drives the story. The public sector plays only as an enabler... this formula works and works very well!

3. Political will and policy are driven by clear vision. Back in 1999, a group from the private sector presented HM King Abdullah with a blueprint for launching the IT industry in the country, called the “REACH Initiative.” He adopted it and pushed his government to facilitate the plan, and the rest is history.  When there is a will there is a way. Yes, the private sector can work with the public sector, and yes, good things can come of it.

4. It has open systems and no web censorship. Believe me, if you sensor heavily, you drive people away. Don't even think about it. Innovative eco-systems require open systems. And Jordan does not censor!

5. Competition exists in the telecom sector. Jordan has a totally open and deregulated sector with an independent regulator. This drives prices down and brings service levels up, and thus broadband is available at reasonable cost. This is an essential element for driving the IT industry; without it you cannot compete nor start a business.

6. There are no foreign ownership restrictions, and Jordan boasts a free trade agreement. Being a member of the World Trade Organization (WTO) is important for any country with few resources, and in Jordan, it enables Jordanian companies to start in Jordan, learn, and make mistakes, then go global.

8. Last but not least, there is Maktoob, where it all started.  A company launched out of Amman became the largest Arab internet company later to be sold to Yahoo, making it the largest deal of its kind in the region. This exit allowed many Maktoob employees to start companies afterwards, and the success story made other entrepreneurs feel that this industry is moving forward, so they could take the plunge and start a company.

The result is that now, in the spring of the Arabs and awakening of regional empowerment, Jordanians are busy building companies and finding markets, building and nurturing talent, and exploring the world.

These are my reasons. Please add yours, and feel free to disagree.