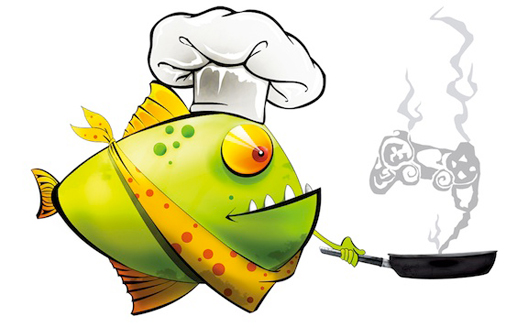 As one half of the team that developed popular mobile game Birdy Nam Nam launched Gamabox, the other half of the team, brothers Lebnan and Arz Nader, have launched a new game development studio, Game Cooks.

After receiving investment from Resource Group Holding, the Nader brothers along with team of four have pushed full steam ahead on the heels of Birdy Nam Nam's success, planning to build Arabic mobile games that will launch this spring. Yet rather than replicate Birdy Nam Nam's arcade style, Game Cooks plan to launch a first-person player game in which the protagonist works towards peace, slated for May, and another racing game in June, with more to follow.

To name the games, Game Cooks has also launched a Facebook competition so that fans can nominate names, and potentially win an iPad in the process. The name nomination period ends this week; next week the top 10-15 names will be listed, and fans can vote for their favorites.

Part of the idea behind the games is simply to showcase the Middle East as a location, in a non-political context, says Lebnan Nader. "Our biggest goal is for one of our games to hit millions of downloads, and for people to see that the game is based in Lebanon, and then to think of Lebanon and the Middle East simply as a location, not as a political entity. Or, for example, if you play a game that happens in Iraq, and it's a peaceful game, you might have a different idea about Iraq."

After Birdy Nam Nam hit almost 470,000 downloads within three weeks of launching, the goal doesn't seem farfetched. Nader also says that Birdy Nam Nam taught the team a lot about the degree of simplicity and localization that Arab users enjoy. However, language is not the most critical factor for localization, says Nader: "While the games will be in Arabic and English, we might add Chinese and Russian."