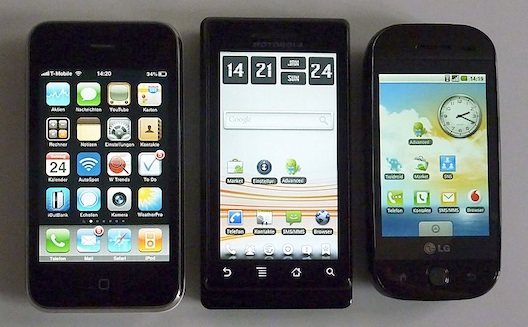 Mobile was one of the biggest buzzwords during Arabnet 2012, and this talk from Ahmad Hamzawi (@ahamzawi), Google’s Head of New Business Development for the MENA region, was no different. Here are his twelve predictions for mobile trends in 2012:

1) More than 1 billion people will use mobile devices as their primary access point this year. Their first experience of the internet will be through mobile. If you are a developer and are building a web application, you have to think about mobile.

2) There will be 10 days where mobile represents more than 50% of trending search terms. Last year, this happened on Valentine’s Day, as searches related to Valentine’s Day from mobile phones eclipsed desktop searches.  This year, it will happen globally at least 10 times, most likely driven by local events in countries where mobile penetration is more dominant than desktop internet access.

3) Mobile’s role in driving people into stores will be proven and it will blow us away. This prediction is driven by data detailing how current customers use their cellphone to decide whether to make a purchase. More data and more mobile use in 2012 will allow us to understand better how consumers make purchasing decisions.

5) One million small businesses will go online with a mobile website. Mobile is an enabling platform for small businesses, and Goolge predicts that next year, one million of them will go mobile first, leaving the desktop experience behind. Hamzawi cited the local example of Dermandar, a mobile app that enables panoramic photos, which saw a huge surge in use after it dropped its desktop application.

6) Tablets will take their place as the 4th screen (in addition to TV, PC and mobile). Tablet behavior is different to typical smartphone behavior, and this next year will be about how to deliver an enriching experience to tablet users. One example of a traditional media company operating in this space is Disney, which offers second to second screen experience, meaning you can get information on a tablet about content that you're watching on TV.

7) Augmented reality on mobile will grow exponentially this year. The possibilities for what augmented reality can add to your daily experience are endless, but as an example, when you go to a toy store, augmented reality could allow you to point your mobile at a box of a game, and then reveal onscreen what the fully assembled game looks like.

8) 5 new companies will reach an Angry Birds level of success  in 2012. Next year, five mobile companies will expand beyond mobile to become as large of a success as Angry Birds, which has moved into the merchandise space and is now making a movie in 2014. One company likely to follow that success is ‘Draw Something’, which acquired 1 million users in the first 9 days of its release, and hit 30 million downloads in five weeks.

9) Return on investment (ROI) on mobile and tablet advertising will increase as a result of mobile user location and behaviour.  Advertising is going to be optimised as you can track smartphone user behavior from product research to product purchase.

11) 80% of the largest 2000 content publishers will have an HTML5 site. As HTML5 is being rolled out, which allows optimalisation of audio, video and cross-platform use, a lot of users are going to be switching.

12) Consumers will force businesses to act social. 2012 will see consumers demanding and expecting a social strategy. If you’re a business you should be thinking about social as core to your engagement strategy rather than complementary, according to Hamzawi.

For more statistics on mobile use and further advice, Hamzawi recommends the following websites: www.howtogomo.com and www.ourmobileplanet.com.