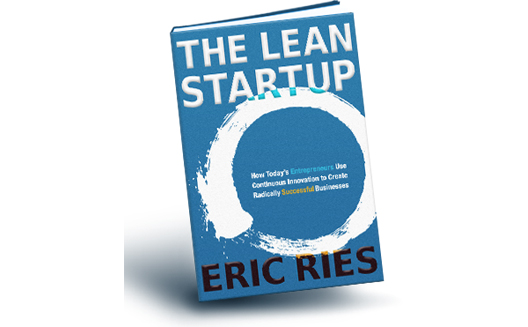 The Lean Startup is required reading for anybody serious about entrepreneurship. In the swift, engaging read, Author Eric Ries sets forth a scientific method for launching startups successfully and efficiently.

Not only does the book read well for a business book, but Ries, an expert storyteller, takes the readers through several compelling case studies whose lessons can be applied immediately. (I have already in fact incorporated many of the lessons from the book into the workings of the Sharek team at the Arab Development Initiative, as we work to launch a platform that stimulates local micro-development projects across the region).

In a previous post, I argued that in its essence, entrepreneurship is about a proactive mindset that encourages ownership of surrounding problems in society, sees them as opportunities, and embraces the risks and failures involved in finding a solution. Given the state of the region, entrepreneurship, at all levels, can play a major role in bringing it forward.

The Lean Startup follows on that philosophy. In his commentary on the book, Tim O’Reilly, founder of O’Reilly Media, states:

The Lean Startup isn't just about how to create a more successful entrepreneurial business...it's about what we can learn from those businesses to improve virtually everything we do. I imagine Lean Startup principles applied to government programs, to healthcare, and to solving the world's great problems. It's ultimately an answer to the question 'How can we learn more quickly what works, and discard what doesn't? (emphasis mine)

O’Reilly astutely underlines the potential for entrepreneurial thinking and education, especially that espoused and illustrated in The Lean Startup, to radically change the way we do “business”, not just within startups but also in government, and within society at large.

While there are several valuable lessons within Reis’s book that can easily be applied to a much broader context, I’ll focus here on the critical take-homes.

A Society of Entrepreneurs vs. Politicians

When it comes to building a society that can solve problems creatively and effectively, creating a culture of entrepreneurship is critical. Ries illustrates this fact, through the story of tax-services giant Intuit; when the company dropped its focus on one yearly product in favor of iterative idea generation, it not only boosted the  bottom line and customer satisfaction, but transformed its culture. As one senior executive  put it,

Essentially, the generation of more ideas allows for testing via rapid iteration, which generates better solutions to everyday problems. Its potential applications are limitless, especially when it comes to society’s thought engine- education. Imagine a classroom where teachers in the Arab world encourage students to challenge accepted theories and test their own. In other words, imagine an education that teaches students to think critically and creatively.

In our new hyper-connected world, we have come to mistake activity with productivity. It has more often become more important to “do something” than take a step back, pause, and do the right thing. Action is extremely important, but it might not always trump process. We tend to prioritize the comfort that comes with knowing that we acted, and acted fast, over the hard earned value of digging deeper into the source of the problem, and dealing with the discomfort and anxiety that come with finding the right solution.

One of the techniques for encouraging more thoughtful action that Reis shares in his book is the “5 Whys,” in which the question “Why?” is applied to a problem 5 times to reach the root cause of the problem. This process enhances what Reis calls validated learning,” which he first implemented at his online avatar company, IMVU:

I realized that as a startup, we need a new definition of value. The real progress we had made at IMVU was what we had learned over the first months about what creates value to customers. I've come to believe that learning is the essential unit of progress for startups. The effort that is not absolutely necessary for learning what customers want can be eliminated. I call this validated learning because it is always demonstrated by positive improvements in the startup's core metrics.

Given the current financial crisis and ensuing budget cuts by both the public and private sectors, I would argue that learning should be the essential unit of progress for most, if not all, entities in society. There is a grave need, especially in the public sector in the Middle East, for a greater focus on metrics, and not any metrics – metrics that show actual value added to customers and citizens. Governments across the region can minimize expenditure by applying a lean production mentality that focuses on activities that add value to citizens, leaving behind any excess activity that adds no value but only drains ever-thinning budgets.

We all hold assumptions, regardless of what we do and whether we fully acknowledge their existence or not. One theme that comes out strongly in Ries’s book is the importance of identifying what assumptions any startup is working with, and putting them straight to the test. Reis believes every startup operates on two primary assumptions:

In the midst of the Arab spring, the region is in dire need of such a systematic approach to problem solving and improvement. As we witness the shaping of a new Middle East, there is perhaps a newfound opportunity to take the region a long way by examining underlying assumptions.

As Ries highlights, it requires a great deal of courage and humility to subject our personal visions to “constant testing and feedback,” but it powerfully catalyzes growth.

At its most basic level, The Lean Startup, as a book, is an embodiment of Reis’s commitment to his mantra. It is a tangible result of the insights to be gained from taking an entrepreneurial and thoughtful approach to life and work.