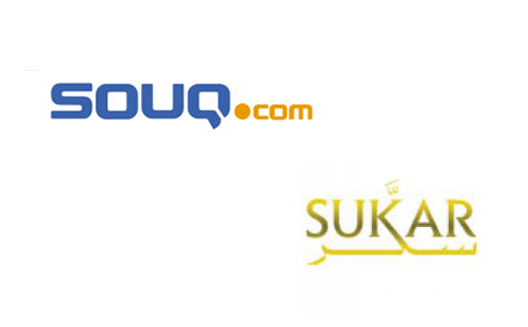 Leading Middle East e-commerce site Souq.com has acquired flash sales site Sukar.com today, as The Next Web and others reported, as part of Jabbar's bid to create the "largest e-commerce force in the region," as Sukar.com founder Saygin Yalcin put it.

But why now acquire it internally, so to speak, merging two Jabbar Group entities, after rumors of Sukar.com being acquired by leading Turkish fashion and designer e-commerce site Trendyol surfaced in January? Was it too early for Trendyol to expand into the region? Did a potential deal fall through or did Jabbar want to expand Sukar before selling? Or was it simply a rumor, as Jabbar said at the time?

In a chat with Ronaldo Mouchawar, CEO of Souq.com, one central reason for the acquisition became clear: leveraging Souq's on-the-ground infrastructure will help expand Sukar, which launched in 2010. Souq will also benefit from access to Sukar's fashion expertise and customer service experience in that segment, Mouchawar said, as fashion is one of Souq's biggest and fastest-growing segments. Think Amazon, but with Gilt Groupe built in: the high-fashion offerings would improve.

It certainly makes sense for Sukar. According to Alexa, competitor MarkaVIP's traffic surpassed Sukar's in January. While we couldn't get information about Sukar users relative to the numbers MarkaVIP just released, the two platforms will have to face down the same challenge when delivering flash sales goods: dealing with high return rates for predominantly cash-on-delivery packages in the Saudi market. This deadly combination causes e-commerce sites to eat costs both for shipment and return, with no way to bill the customer, who has chosen to pay with cash.

Mouchawar hinted at techniques that Souq has used to reduce this phenomenon, yet the simplest route to solving the problem is straightforward: boost local staff and local warehouses, so products can be shipped and stored locally.

Pamir Gelenbe, Board Director at MarkaVIP, revealed that MarkaVIP will be doing exactly that with its new $10 million Series B round of funding.

Souq has already done so, having built a local presence in the UAE, Saudi, Kuwait, and Egypt since its launch in 2005. The move to acquire Sukar seems primed to shortcut that process for Sukar, as the latter will plug directly into Souq's on-the-ground infrastructure.

"Having a local presence brings us that much closer to the buyer," Mouchawar said. "This will help Sukar expand faster, as they can benefit from the local team and experience when facing any issue." While Souq primarily uses Aramex for its deliveries, it also has its own logistics center in the UAE and will be scaling that approach.

The intra-Jabbar acquisition could also boost Souq's ability to attract more women, a customer base Mouchawar expects to grow in the coming months. "While women are not yet a majority in e-commerce purchasing, or on the internet in general, things are changing quickly," he says. "Increased internet penetration has helped bridge that gap, as families have more internet access at home, and mobile platforms neutralize the access issue as well."

The two sites will remain separate entities and brands, so Sukar's private members need not worry about being transferred to Souq. "It's important that Sukar stay a fashion site," says Mouchawar.

This transition echoes the Run2Sport deal, in which Jabbar acquired a majority stake in the Oasis500-incubated sports retail e-commerce site; Souq maintained it as a separate brand while also incorporating it as a vertical within Souq's product offering. When asked whether it matters if Souq absorbs a portion of Sukar's or Run2Sport's traffic, Mouchawar remarked, "I think the region is growing very fast. We're not worried about market cannabalization."

Souq will have Rocket Internet clones Namshi and Mizado to compete with this year. Yet as the site quietly moves  into the daily deals space with "deal of the day" offerings on discounted items, Jabbar seems determined to ensure that Souq can leverage its infrastructure to provide whichever e-commerce product can keep customers hooked.

For more discussion of e-commerce trends in the region, stay tuned for landmark event CoE E-Commerce in Amman this June 3rd.