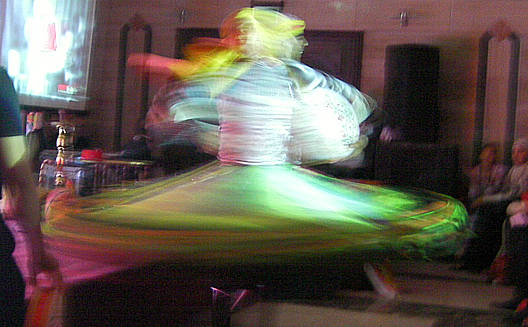 As a Cairean I tend to think there’s little of interest in Egypt outside Cairo, and maybe Alexandria. So I was pleased to have my prejudices challenged by being invited to TEDxTanta last weekend.

This was the TEDxTanta team’s second event, and my first instinct, right or wrong, was to compare this event with TEDxCairo. Everything here was in Arabic, something I’m always happy to see. It was a smallish event, with about 250 people attending. The average age was no more than 25 and most of those attending seemed to be from a similar socioeconomic background.

The speakers and acts on stage however turned out to be very diverse. Things kicked off with Ahmed Tarek, who’d recently been crowned “Best Young Inventor” from the World Intellectual Property Organization, talking about the “science of communication.” He explained some reasonably complex scientific theories using a collection of toy props, simple analogies, and clever humour. If anyone from TV is reading this, hire Ahmed now, and have him create a children’s science show. He’ll be able to explain concepts to them in a way that will keep them interested and entertained, and just as importantly have them retain the information. As a parent, I’d want my children to learn from Ahmed.

The show’s next highlight came from photographer Ahmed Hayman. His talk was simply about how he got permission for his portraits.  He loved photographing “characters”, and we saw photographs of “interesting” looking people, and many bearded men, each with its own story. It was all very light-hearted. He told us how he’d been able to charm a German museum official into allowing him to photograph the Nefertiti bust. He finished with two striking photos of Egyptians directly affected by the recent violence. A photograph really is worth a 1000 words; most of the audience went silent.

The revolution didn’t leave the stage. One speaker after the next touched on it in one way or another, whether urging the audience to have a revolution in mindset, or giving examples of their own little revolutionary act of business or social innovation. For Egypt’s entrepreneurial ecosystem to flourish there have to be fundamental changes in the rest of the system, the culture, not least, the attitude towards women. Bothayna Kamel spoke of her experience being the first woman ever to put herself forward for president, a move that made her husband the target of ridicule from the less progressive elements of society, but also shifted the cultural outlook of many.

As the event went on the energy inside actually increased. There was an awesome display of balance, stamina, and sheer relentlessness by Tannoora, a “whirling dervish”. He didn’t merely copy the Turkish originals, but added his own Egyptian innovations. The energy ramped up more when the band Maghna Khan played. They fused traditional folklore music and vocals with modern instruments and performance, and sang songs of change that got the audience on the feet. These guys obviously loved music, it was infectious; even Bothayna was up with a big grin on her face.

The night ended with another band, Pro Nine.  Although only the lead singer could be present, he was a tour de force all by himself. He also fused the Western with the local, playing the guitar and kazoo, and singing more songs of revolution, with energy, passion and a humour seldom found in the Arabic music scene. He deserves to be heard. It was a brilliant high to end to the event.  I’d been up since 5 that morning, but my head was buzzing with possibility for hours after.

There is life outside Cairo, and that life is good.