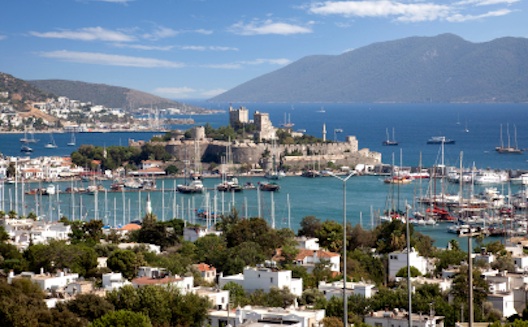 To facilitate the development of new ideas that lead to small business creation, it’s essential to create a viable ecosystem that supports innovation.

Entrepreneurship ecosystems that bring together incubators, venture capital funds, and business angel networks to support startups are flourishing around the world, from Silicon Valley to Europe to Asia, and in the Middle East as well, especially at events like the recent Arabnet conference this April. As stakeholders came together to discuss the status of entrepreneurship in the Arab World at Arabnet, I became convinced that more solidarity among ecosystems throughout the Mediterranean would further support development.

In Italy, I have created the business network Startupbusiness, the Innov’azione magazine, and a series of events, all designed specifically to help startups connect with each other as well as mentors and potential partners and investors. Around 5 years ago, an entrepreneurship ecosystem was just a dream, but it grew as I, and others worked to build it; today, “startup” is the new buzzword in Italy. The spirit we have cultivated is that creating a startup is not just matter of developing an idea and bringing it to market, but something greater: a means to put passion and values into action, to take risks and use all of your energies to live the present and the future with the aim to innovate and create something that benefits all of society.

This phenomenon is spreading in the Mediterranean on its southern, northern and eastern shores, from Morocco to Lebanon, from Jordan to Turkey, from Spain to Greece. Looking closer at the Mediterranean startup scene on the whole, these ecosystems share some central elements, while other aspects are wildly different. As I compare the Italian ecosystem that I know well to the Lebanese system that I’m discovering, partly due to my Lebanese heritage and partly due its relative maturity in the region, I see a lot of good ideas developed by teams with the right skills. There are also copycats blossoming in both ecosystems, but the quantity of good ideas is growing, and young entrepreneurs’ abilities are evolving year after year; the pitches I see today are much better than the ones I saw two or three years ago.

In Italy, I see good ideas almost every day, similar to some of the great ideas I saw at Arabnet, built by entrepreneurs from Lebanon, Jordan, Saudi Arabia and the region. But ecosystems need more than just good ideas and good business plans; they need incubators. Incubators are the building blocks of ecosystems, the bridge from the ideas to the market. At the end of the day, the only real revenue comes from the market itself, and the only real success for a startup comes when it starts to sell its goods and services to customers. Incubators provide training, mentoring, and networks to facilitate this process.

This element is key both in Lebanon and in Italy. On the risk capital front as well, there are not large differences between the Italian and Lebanese ecosystems. In both scenarios, there are venture capital funds and business angels, and even banks offering small business-focused products  (something that for example occurs less in the US ecosystem). The limitation in both environments is that Lebanon-based investors tend to invest only in Arab countries, while Italian based investors also tend to invest only in companies that are based in Italy. The number of cross-border investments between Mediterranean countries is close to zero. This restricts the development of both ecosystems, simply by limiting startups’ exposure. If the final target of the investor is to reach the exit stage it should operate with as few limits as possible.

This is one of the major differences so far between ecosystems in general. In Italy, I’m observing a growing attention by traditional industries on startups as they being to understand that entrepreneurship could prove a powerful means of enhancing innovation in their sectors. This growing attention by traditional industry means more potential mergers and acquisitions, which could facilitate more potential exits for investors. Yet industry giants need someone to help them to find the right startups with the right technologies, products, and skills, and  incubators are perfect for this job.

From a broader perspective, facilitating international visibility and partnership for startups in the Mediterranean region will create more opportunities for them to locate partners who can help them surmount local challenges. Some European ecosystems may be more conducive to startups than the Arab World, where government organizations are still the main creator of jobs; yet the culture of entrepreneurship is still shared, especially in Italy and Lebanon. What is important is to accelerate cultural exchange to boost innovation. Having stronger ties in a Mediterranean-wide ecosystem might also accelerate broader change and boost social impact throughout the region.

To strengthen ties, incubators in the different Mediterranean countries should link and form a network that fuels interaction between their respective startups, while investors partner to explore cross-border investments. A Mediterranean ecosystem can build upon the programs initiated by the European Union, including Invest In Med, which supports sustainable trade, investment, and enterprise across the Mediterranean, and student exchange program Erasmus, through which students can study or do internships in countries across the EU. The European Investment Bank’s creation of a Euro-Mediterranean Centre formicro, small and medium enterprises, that will open next June in Milan, is also an example to emulate.

I believe that creating a Mediterranean-wide system of exchange, like an Erasmus for startups, will boost growth in critical sectors like ICT, cleantech, healthcare, and robotics across the ecosystem. It may be a dream, but this is the core of entrepreneurship; at the very beginning an endeavor is always a dream. An innovative dream. A gateway to a new perspective.