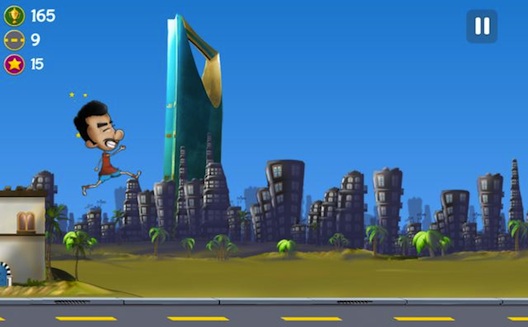 Brothers Lebnan and Arz Nader, half of the team behind this year's biggest gaming success Birdy Nam Nam, are releasing a new iPhone game tomorrow, based on the idea of generating peace in the Middle East.

Run For Peace (UPDATE: available here in the Apple Store), the first game to be released under the Nader's new development studio, Game Cooks, uses the tagline, "Enough war, let's play!" to portray a world where a man named Salim is running through cities throughout the Arab World to escape the trappings of war. Beginning in Saudi Arabia and ending in Algeria, he jumps over avoid obstacles- oil spills, electricity, TNT, missiles, and flying shisha pipes- to get to peace.

While running, he lights up each section of a peace sign. Despite the fact that some of the countries involved in the game don't always see eye to eye on foreign policy, "We are hoping that people of different nationalities will play for one cause: peace," says founder Lebnan Nader.

On the heels of the global success of Angry Birds, Birdy Nam Nam, whose gameplay is actually quite different from the popular pig-attacking arcade game, hit a wave of success with a similar bird theme, set in the Arab World. It was downloaded 600,000 times in the first two months, and by its 7th month hit 1.3 million downloads.

Run For Peace uses similar backdrops, that evolve seamlessly as Salim runs from city to city, revealing national icons- the Kingdom Building in Saudi Arabia, the cedars of Lebanon, and, of course, the pyramids in Egypt. With this setting, Game Cooks is targeting users in the region as well as those in Europe and the U.S., with a slightly older age bracket than Birdy, whose players averaged under 26 years old. "We received a lot of nice reviews from players outside the region who said that Birdy Nam Nam was about a part of the world that they didn't know a lot about, and they enjoyed learning while playing it," says Nader. 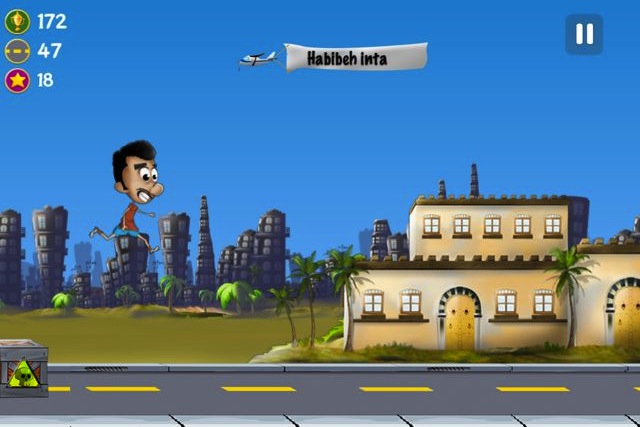 One aspect Run For Peace doesn't imitate is Birdy's arcade-style gameplay. Rather, it's a tricky running game that involves one touch- a jump. You (as Salim) simply jump over obstacles. Like Birdy, which just involved firing shots, the action is simple but the game gets difficult quickly. Hit one obstacle and you're dead.

This means that Run For Peace doesn't bring a lot in terms of innovative movement to the game. Simple can be addictive, as running game Temple Run has proven, yet even Temple Run implements side swipes, slides, jumps, and tilts to create a slightly richer experience. Run For Peace is easy and quick to learn, but there are no alternatives should one get tired of jumping, and there is no deeper story line to engage users beyond the linear chase. But the game is tough- addiction will come from a player's drive to dodge obstacles.

Another double-edged sword is the game's focus on peace. Its concept may be about peace, but the game is about war. My initial impression is- I'm running through Saudi Arabia and Bahrain, and missiles are being fired at me. It's hard not to joke about who is firing the missiles and why. The game should be called "Under Siege in the Arab World."

This may make it popular in the region- dodging missiles in a game in the Arab World could, maybe, create a sense of satisfaction at having outwitted those out to crush this citizen, Salim. But only if you're good at it. Thus far, my repeated deaths thanks to missiles, TNT boxes, and electrocution have left me with the feeling that an autocrat or negligent government is winning. It's not quite landmines, army snipers, and tanks, but the concept can't help but reference some recent realities, for better or worse.

Maybe if it were a touch more satirical, it would strike a deeper chord. Dodging broken electricity lines in the game against the backdrop of recent increased power outages in Beirut is not quite there; maybe if the game added burning tires protesting the outages, it would add a needed dose of tongue-in-cheek humor. But instead, with TNT barrels, Run For Peace plays paints an earnest, Bugs Bunny version of the Arab World. However, if I get better, one element that the game offers is the ability to buy Salim different dishdashas and hairdos, or even special powers, that customize the experience.

Yet, the game's dominant image- that an Arab man is running from bombs- is a tragicomical caricature that the world has already seen. Whether the game succeeds in transforming this image into something empowering or not will be up to its players. Test it and let us know what you think.

The iPhone game will be released tomorrow (UPDATE: now live here), with the iPad version following in a week and the Android version coming a month later. 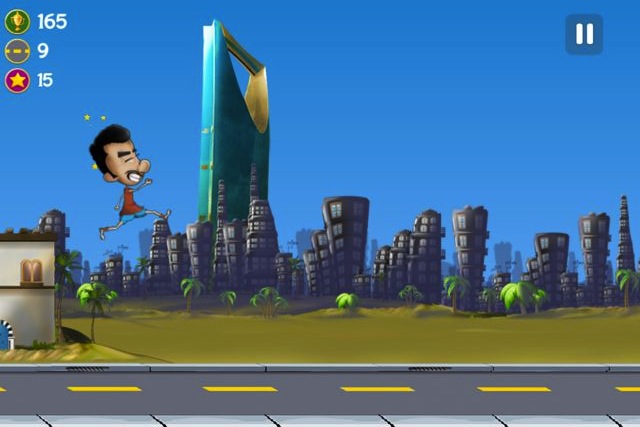 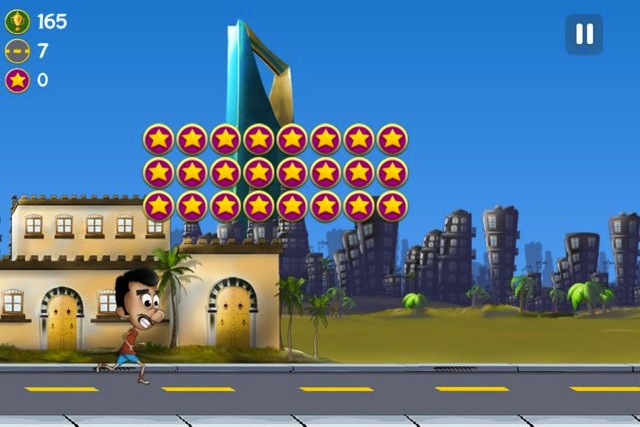 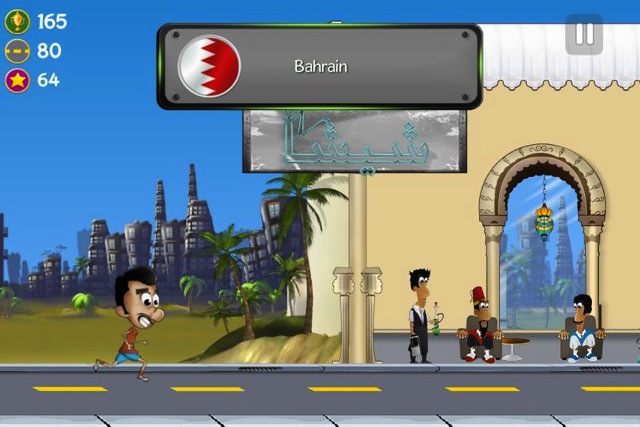 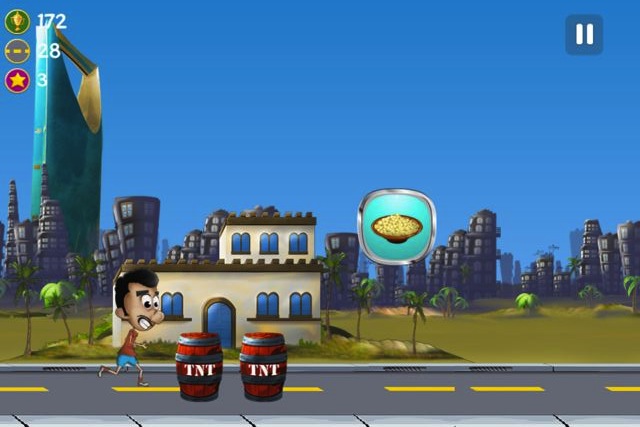 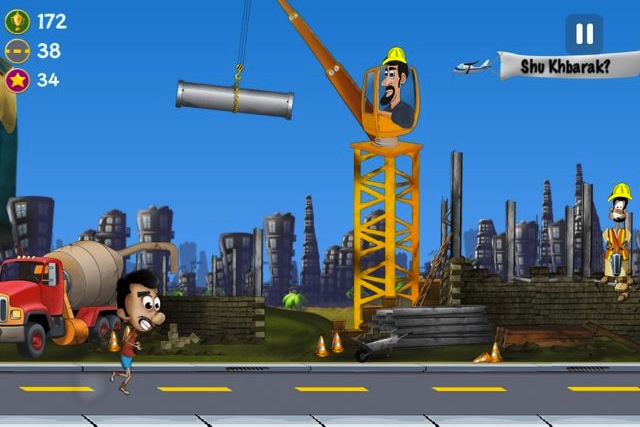