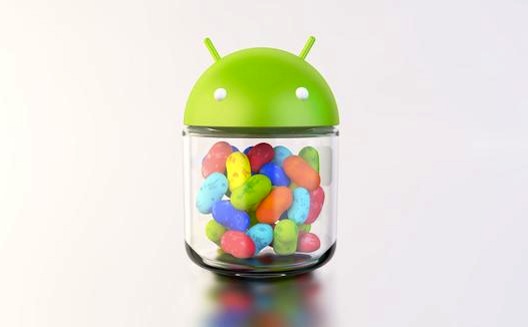 Google's yearly developer tech conference, Google I/O, brought developers and techies together from around the world to witness the latest innovations produced by the technology giant.

For those that weren't obsessing about the latest Google has to offer, here's a quick recap of the highlights:

Venture Beat has a nice comparison of companies that may face a threat from Google in the coming year. And for stats about how quickly Google is growing, see here.

But what did Arab developers and entrepreneurs like the most?

Mohammad Khatib, who left Bazinga! Ramallah to join Google, connected us to several developers who weighed in on the experience and its applicability to the region. We asked three questions:

What inspired you the most at Google I/O?

"The event was normal and as expected until Sergey entered the stage," said Saad Al Kayyali, an Android developer from Jaffa who lives in San José, California, goes by the moniker "Saad Mafia," and previously worked as an engineer at Samsung. "[The skydiving demo] was an unusual introduction to an unusual product, Google Glass."

Al Kayyali, who got Android forums excited about last year's Google I/O gems, gets inspired by seeing the latest technology. "This inspires me to think about incorporating it into my products," he says. "Meeting developers in the sandbox also fueled my engine for productivity. I discovered a few companies there with similar interests and I'm looking forward to collaborating with them or building better products than theirs."

Shereef Marzouk, a touch screen and mobile core developer based in Alexandria, agreed that the Google Glass demonstration took the cake. "The sky diving and Google's daring innovation inspired me to not hold anything back, even if it seems crazy."

What products do you think entrepreneurs in the Arab World could localize or improve upon?

One product idea that Al Kayyali thought the Arab World needs a local version of is Google Wallet, Google's mobile application and web platform that allows you to store credit cards online and pay securely both online and in offline stores, by tapping your phone on an in-store reader.

Farah Mustaklem, an Android developer based in both Silicon Valley and Palestine, agreed that Google Wallet was most relevant to the region. "Since credit card payment is not very prevalent, paying by phone can be an easy short-term alternative," he says.

When it comes to the coolest applications, Marzouk from Alexandria thought that there's room for improvement when it comes to Google Compute, Google's Toolbar add-on, which allowed Stanford University to perform molecular dynamics calculation on a giant server in the cloud; each user downloaded a packet, performed calculations, and uploaded it again. "I think Google Compute would be awesome if someone could make it with the right prices," he says. "A lot of applications need a server and most people don't have a fast one.

What insights will you bring back to your company?

Rami Shomali, a Palestinian developer working at Android security company Lookout Mobile Security in San Francisco, said that meeting new people and expanding his network "has encouraged me to try to move forward with an idea I had for the past year while I was still a student at Carnegie Mellon: Create a platform to connect Arab graduate students and young professionals in the US with their peers in their home country."

The goal is to bring Google and Silicon Valley culture back out into the world, he says. "The Silicon Valley model has been proven to be successful. Many people are trying to copy this model in other parts of the US and other countries, but so far no one was as successful. One small step toward this it to create networks of experts in the US that Arab entrepreneurs can make use of to discuss their ideas, and share research interests."