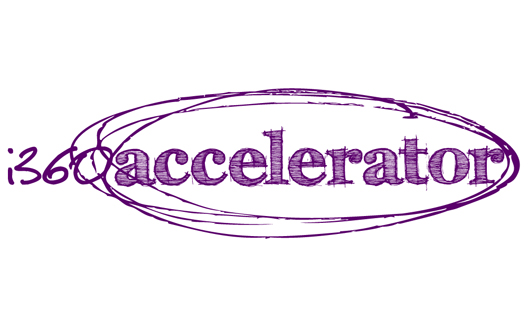 Continuing the accelerator boom in the region, i360 Hub has launched a new seed funding program that pledges to take entrepreneurs from concept to "investor-grade prototype" in 60 days.

The program, i360accelerator, will launch in Dubai in November, Abu Dhabi in January 2013, Beirut in February 2013, and Amman in March 2013, bringing along an IT lab (in partnership with an IT company), a design lab, and a host of experts and mentors to help entrepreneurs design and build a prototype in the first 40 days and bring the product to launch in the final 20 days.

Several other accelerators- Oasis500, SeedStartup, Flat6Labs, Tahrir2, and Tenmou (see our complete list here), focus on seed stage entrepreneurs whose ideas may change over the course of their incubation, but i360 may be the first to focus on entrepreneurs who simply have an idea.

"I receive a lot of ideas and request for support of ideas, and often people have a difficult time understanding this stage of development. That's why I wanted to start an accelerator that brings an idea to an investor-ready startup," says founder Kamal Hassan, who is known for founding Innovation 360, a global innovation consulting firm, and co-founding Innovation Machine, along with Deem al Bassam and Sarah Falkhnaz, which is an event facilitator that recently managed Startup Weekends in Dubai, Abu Dhabi, and Doha.

Yet to enter the program, entrepreneurs can't just send i360accelerator an idea and a résumé. The accelerator will host Startup Weekend style "Inno-va-thon" events on September 8th and 29th and October 20th Dubai in which interested entrepreneurs can pitch ideas and demonstrate their ability by building a fledging prototype. Event judges and crowd votes will jointly determine which 3-5 ideas are then accepted into the program and win a 3500 AED startup prize. (Entrepreneurs can register for an Inno-va-thon here).

Once accepted, each entrepreneur will receive 70,000 AED (US $18,000) in funding- but not all in cash; most will go towards covering the expenses of the mentorship program. The program aims to accelerate 20-25 companies in each city, but, Hassan says, "we expect around 25%- between 4 to 5 companies- to fully graduate," meaning that perhaps only a handful will make it to an investor-ready stage. The accelerator already has a team of seed angel investors onboard and welcomes more to join.

i360accelerator will be a big step towards raising the profile of Innovation 360 when it comes to entrepreneurs; the company previously focused mostly on corporate clients. The accelerator is also only one of the four new components of i360 Hub, which will include an online portal, a social hub located in Dubai, and an 18-month incubator that will partner with Free Zones to help startups launch.

The idea has been in the works for awhile, but now is the time to strike, he says. "The Arab Spring is no longer motivating; I think the youth needs an alternative to what's going on. I believe now is the right time. I receive hundreds of emails every year with business plans- I didn't have an opportunity before, but now we are building an ecosystem."