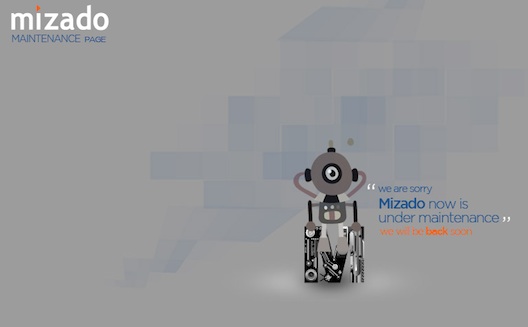 [UPDATED: We have received confirmation that Rocket is launching Jumia, an Amazon clone, in Egypt, extending a site initially launched in Nigeria that has also launched in Morocco. The brand, which was rebranded from Kasuwa due to local copyright infringement, will sell electronics, books, and a variety of consumer goods in Africa. Kasuwa's launch in Nigeria in June follows Rocket's closure of earlier e-commerce site Kalahari in October 2011.

We can likely expect to see further expansion of the brand in Africa under global telecom company Millicom, which has acquired 20% of Rocket's properties in Latin America and Africa with an option to eventually acquire a controlling stake, for €340 million (US $ 425 million).]

Change is the word of the week for the e-commerce sector in the Middle East, as sources reveal Rocket Internet's plan to refocus in the region.

In a move that seems surprising, Rocket Internet is planning to exit Turkey and sources indicate that it will also be closing Amazon clone Mizado in Dubai, while refocusing its efforts in North Africa and Egypt.

Turkish tech news site Webrazzi confirmed last week that the German clone factory plans to completely shut down its operations in Turkey, firing 400 employees and is preparing to sell Sporena (a sportswear clone), Evimister (an Amazon-style home goods retailer), and Zidaya (a Zappos clone); jewelery site Eleseri and flash sales club Westwing may also be up for grabs. The move seems abrupt, especially considering the $50 million round of investment that Westwing just completed.

Information on the reasoning for the exit is scarce, and of course neither the infamously slavedriving Samwer brothers nor any of Rocket's focused employees comment publicly on its specific strategies. Yet editor-in-chief Joel Kaczmarek of German startup news site Gründerszene suggests on Venture Village that perhaps the returns in the somewhat developed Turkish market were not enough to justify its entrepreneurs' high wages, especially given their possible lack of local market knowledge.

Rumors are also swirling today that Rocket also closed Mizado, its Dubai-based electronics retail site, this morning. The site shows a maintenance notice, but sources tell Wamda that a senior source at the local UAE office confirmed its closure, now only 5 months after its quiet launch in March this year. (Despite the fact that its Twitter account continues to encourage back-to-school shopping).

Yet Rocket has hardly given up on e-commerce in the Middle East; it will continue to build Namshi, its Dubai-based Zappos clone in the region, which is run by enthusiastic Lebanese entrepreneur Louis Lebbos, Iraqi-American entrepreneur Muhammad Mekki, and Palestinian-Canadian entrepreneur Hosam Arab. Sources say employees from Mizado may join Namshi.

A recent circulating email that Wamda has seen also reveals that Rocket Internet is currently seeking "talented co-founders" to work in Egypt and the Maghreb, indicating either an expansion of Namshi or likely completely new operations. Expansion into Egypt and North Africa was part of Namshi's initial plan to capture part of the region's "multibillion dollar opportunity" in online retail, and more growth in an emerging market may be the new blood the Samwers crave.

The Next Web reports that Rocket may also be scaling back in China to refocus on Europe, where Zalando continues to do well; the original Zappos clone may be valued at over US $500 million and just closed a round of funding that included JP Morgan.

Stay tuned for more on its expansion. For Rocket, perhaps a day has come that many only imagined in the Middle East: Turkey and China are out, North Africa is in.