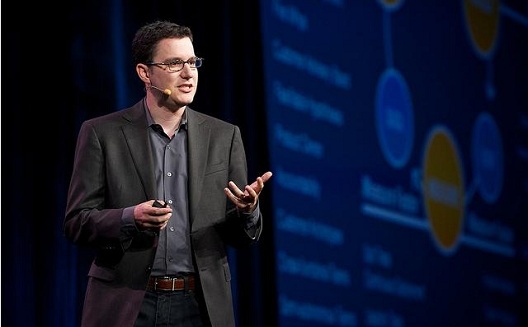 The factors that determine success are myriad; research by Alistair Anderson and Claire Miller concludes that entrepreneurs from “higher” socio-economic backgrounds are more likely to start businesses with the potential for high growth and profitability, a trend that I have also experienced over my work in startups over the past 10 years in both emerging and advanced markets.

Yet based on my experience teaching entrepreneurship in universities in Turkey, embracing diversity and meritocracy in entrepreneurship educational programs can have a huge impact on entrepreneurial success. Thus perhaps extending Ries’s call for diversity to the emerging world will help disseminate Silicon Valley’s creativity. In addition, U.S. investors will also put more attention to applying the same policies in emerging markets where there is little or no diversity or policies aimed at meritocracy.

Here’s a look at how these factors interact to boost success across a society.

Anderson and Miller conclude in their must-read article, Class matters: human and social capital in the entrepreneurial process, that entrepreneurs from high socio-economic groups are more successful on average because they have better opportunities to acquire and develop two resources: social capital and human capital.

Social capital is the “friends, colleagues and more general contacts through whom you receive opportunities to use your financial and human capital.” Human capital is the “economics of the abilities and skills of any individual, especially those acquired through investment in education and training, that those enhance potential income earning.”

The more social and human capital you build, the more likely you are to build a successful business, and those closer to the top of social hierarchy may have a leg up. However, this is not the final word on success. We also need creativity and innovation, which I would argue don’t depend on class.

Ries calls diversity the “canary in the coalmine” for meritocracy. Further than that, I have experienced that diversity is the source of creativity and, indirectly, of innovation. Therefore, if we are aiming for innovation – actually we have to, according to Schumpeter and Kondratieff – treasure diversity in our lives and in our workplaces.

Research shows that diverse teams increase productivity. In developed markets like the U.S., this is valued; policies actively attract talent from all around the world. It’s a hot issue lately, as the economic crisis has fueled discussions about how immigration laws can be amended to keep entrepreneurial talent in the United States to support economic growth.

Diversity has also been a point of discussion recently in Silicon Valley. The timing of Ries’s article is no coincidence; it came out after Y Combinator’s Paul Graham admitted, “We're looking for people like us.”

The importance of diversity may become clear one a market has reached a certain level of maturiy. Yes in an emerging market, discussing meritocracy or diversity in race, color, religion, sex or national origin is uncommon.

Emerging countries also often face contradictions when it comes to diversity. The government might try to do away with minority cultures or restrict art while investing a lot of money in enriching innovation and strengthening SMEs. Instead of generally protecting or attracting diversity, the tendency is often to do away with it.

It’s also difficult to maintain meritocracy in emerging markets. The basis for evaluation may become skewed as many entrepreneurs who have studied abroad return to less competitive emerging markets to establish companies; local and international investors then often chose these entrepreneurs over others, regardless of ability, simply to minimize risk.

This way, a system that supports hierarchy over meritocracy is entrenched; one example is the fact that consultants who travel across the region are able to pay based on national origin, not merit.

It is difficult to talk diversity and meritocracy in these markets, yet eliminating these factors will weaken our innovation capability in emerging economies.

Paving the Way for Equal Opportunity

Since we are in a global economy and most U.S. companies’ customers are in emerging markets (e.g. Facebook’s top markets are emerging markets), extending Ries's call might encourage diversity and meritocracy in this part of the world.

Yet within our societies, we can also work to develop curriculums that support diversity as an innate part of creativity.

For example, the design-driven entrepreneurship concept that I have developed and taught for the past four years aims to pave a way for equal opportunity. (It was recently honored by Behance Network in New York at the 99 percent conference for its innovative approach , featured in GOOD magazine and recognized by IDEO ).

In this curriculum, diversity begins in the selection process. In 2011 there were around 200 applications for my class in the Business Administration Department of Bogazici University. I was only able to accept 30-35, so I sent applicants 10 questions to assess their backgrounds, experience, networks, and plans.

To create a well-rounded class, I stipulated that 50% be women, and 50% must be from engineering background while the other 50% could be social science students. I also included both shy students with small social networks and “uber” social students.

I should mention that entrepreneurial interest was a focus in the selection, and only the diversity dimension was discussed.

As they developed their business plans, students then had to choose groups with people who seemed unfamiliar or that they felt “distant” from. Groups also had to have at least one woman or one man and at least one engineering student and one social science student.

Two drama-based classes on stage also helped students to break the ice and understand the richness of each other’s differences.

Over the past four years, I’ve had very successful results and happy students. For example, one of the evaluation results is that 4.91 out of 5 would like to take a similar class. As I’ve included these concepts for corporate clients as well, many have said that it’s the first time they have seen people who are different from them as a source of creativity and innovation.

In summary, there is huge potential for encouraging cultural diversity in emerging economies. There are no policies to protect this richness, mainly because of political issues, yet we need innovation and creativity more than ever. Although research says that the elite will be more successful, we must give opportunities to a wider community to increase our creative potential. This is the only option to pave the way for all.

Investors who have a big impact on the ecosystem should consider investing in more diverse teams in emerging markets as well. In addition, we must ensure that our educational programs, both in emerging and advanced markets, include this dimension. Emerging markets also need to align themselves with places such as Silicon Valley on these topics and perhaps we can extend Eric Ries’s call for diversity and meritocracy to this part of the world.