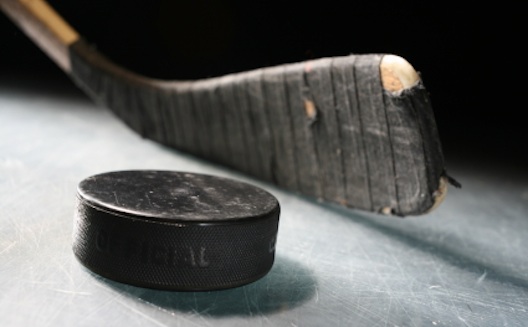 While not a huge hockey fan, I am a great admirer of the sport’s legend Wayne Gretsky.  I simply am in awe when women and men come around in any field and dominate their craft; as an ever-curious entrepreneur I am fascinated by how they view the world.

I read recently that when Gretsky was asked what he thought about when he was on the ice, he paused a long moment and said:  “I’m always thinking about where the puck is going, not where it is.”

This blew me away.  It is really so simple, so obvious at a level.  But when one is working twenty hours on the day-to-day mission at hand, how much stands in our way – or we let stand in our way – to think where the pucks we chase will be?

When my team and I first started HealthCentral, the social and content platform for people to learn and share their health and wellness experiences, one of the all-time great Silicon Valley entrepreneurs – a Gretsky of his field for sure – emailed me to say:

“Congratulations!  Welcome to our world where there are two and only two emotions: utter euphoria and abject fear!”  I knew what he meant by the end of the first week.

The euphoria is easy to describe – on certain days you believe with every ounce of your being that you are building that which was never been there before.  Even the abject fear part is pretty easy.  In one of our start-ups we must have had in the first two years alone three near-bankruptcy moments.  I can tell you that in my venture investing I have seen more investments than my wife would allow me to admit go crashing to zero.    Failure or risk of failure – an acceptance that it is the norm in these ever changing technological worlds and, while it stinks, one must simply dust themselves off, learn, and get back at it – is at the essence of entrepreneurship.

But my friend wasn’t just talking about fear of failure in binary terms, but also the daily discomfort with uncertainty that can blind us from looking up and watching where the puck is moving.  Some of us, but much less than one would guess in my experience, really thrive in daily uncertainty.  The best of us want to innovate, we want to solve interesting problems, we want to have our opinion matter, and we assuredly want independence.  But we often want to be told what to do and/or seek comfort in creating a tried and true “way things are done.”

With this comes two of the most corrupting forces in a fast growing innovation organization: first,  a view that we are so smart that the way we do things are the only way; second, and a close sibling, a rising view that “we’ve always done it that way.”  There is almost defensiveness in these forces – that somehow challenging existing, even recently developed, paradigms is almost disloyalty.

This, of course, is compounded when a company gets to scale.  Pick your favorite example of the once unstoppable innovation juggernauts like Kodak, Nokia, Sony all taken on if not defeated by people who focused not on where and how they skated, but where the puck was going.

In fact, the bigger one gets, the more one risks looking down at their own skates.  I can think of only two companies who looked hard at the way they did things and changed 180 degrees.  IBM once had over 70% of their revenue tied to mainframe computing, clearly to puck-watchers destined to be overwhelmed  by personal computing   and in less than two years they effectively exited it.  Intel, who had made its name and a multi-billion dollar business in the commodity chip business similarly simply decided to get into more complicated processors.

One of my favorite stories from the latter was how Intel founder Andy Grove did something I’ve recreated 100 times since even in my early stage enterprises.  He and his co-founder turned to each other and said, “Let’s go into the other room and come back and pretend we were our own board of directors.  What would we do?”  It was a short meeting.  They knew the answer – leave the commodity chip business.  But it took this simple framework to help them see the puck they only sensed was moving away for them for years.

In the world of start-ups if I’ve seen anything utterly consistent among the greatest world-class teams it is three things: