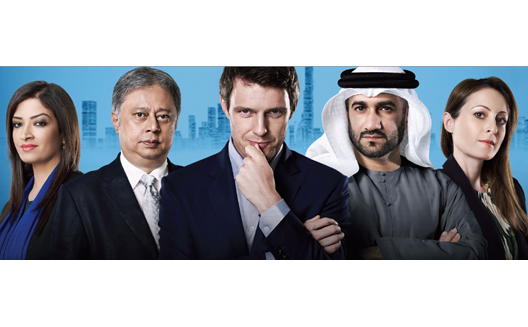 The region's first reality TV show about entrepreneurs is here.

"The Entrepreneur," which pits 10 entrepreneurs against each other in pursuit of 1 million AED (US$ 272K), will air on TV channel Dubai One on Wednesdays at 9pm UAE time, starting tonight. For those not in Dubai, episodes will also be shown on The Entrepreneur UAE's YouTube Channel.

Over 2000 applied, but only 10 were chosen for the show produced by Sony Pictures. Over 8-10 episodes, they will undergo challenges and face judges' criticism, hoping to make it to the next round, but only one will be awarded the final prize.

We're sure that many more reality shows in the region will follow, but this is the first to showcase the trials of entrepreneurship on air. Wamda has joined up with du as a Knowledge Partner for the show- we'll be providing coverage of the startups after the finale airs.

Check out the trailer below, pan through videos about the judges on the show's YouTube channel, and let us know what you think of it in the comments!