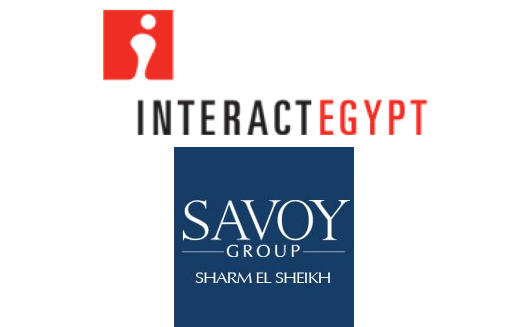 Egypt’s revolution has been a godsend for global news channels, and freedom loving Egyptians of course, but it has also scared off tourists, the majority of whom are understandably risk averse and willing to believe scare stories. Could social media bring tourists back? Fady Ramzy, CEO of Interact Egypt, believes so, and has proof!

“It all started when I was attending International Organization for the E-Tourism Industry (IOETI) annual conference last year," he explains.  "One of the speakers talked about thinking of a town or country as a brand. I’ve been involved in online marketing for a while but I’d only thought of products or services as brands, but thinking of places as brands also made so much sense."

“A few months later I was contacted by the marketing team at the Savoy Hotels Group from Sharm el Sheikh after they heard one of the speeches I’d made about increasing tourism through social media.  Even though the Savoy was rated the Middle East's Top Relaxation/Spa Resort in 2012 according to Tripadvisor, and won the 2011 World's Leading Dive Resort according to the World Travel Awards, they had lost most of their repeat business in the past year to Dubai & Turkey, because tourists were worried about scare stories about the Sinai in the Western media.  Everyone that lives here knows that Egypt in general, and the Sinai in particular, are still amongst the safest places in the world.”

So Interact worked closely with the The Savoy marketing team to remedy the situation using a structured approach.
They performed a situation analysis, which indicated that Savoy’s marketing team first needed “online identity orientation training.”   They then created a social media strategy for the Savoy team, adding basics like a Facebook fan-page, a new twitter account (@SavoySharmGroup), and written content. Interact followed that with some “social media optimization training” for the new team.

"The twitter account was launched on June 21st, with an interesting #Savoykiss hashtag contest for the tweet master of the Kiss FM concert in Soho square in London," Fady continued. "Kiss FM is a UK dance radio station that’s popular with the repeat customers that visit The Savoy, and UK tourists make up the majority of Savoy’s repeat clients. We helped The Savoy launch a Facebook photo contest, which generated lots of interesting photos for the hotels and more new inquires. The winner of the photo contest, from Lebanon, received free nights to stay at the hotel."

The Savoy’s new Facebook fanpage now has 2,000 fans since its launch in late June. That’s not a huge number, but they can only cater to a few hundred guests during peak season anyway. Importantly, 40% of the Facebook traffic comes from the UK.

The Savoy’s main competitor is the Four Seasons, which has been active on social media longer and has almost double the fans & followers of The Savoy. But thanks to their tactics, The Savoy now has a higher level of social media influence, as measured by the Klout Score.”

And what about the bottom line?  Well online bookings have more than doubled to constitute around 20% of total sales at The Savoy, and the room nights sold in August (after the contest) were double the monthly average.

The moral of the story? Tourists may scare easily, but western tourists are all web-savvy enough to find the real news from the web, and they're more than willing to act on this news, as long as it’s presented to them in an enticing way.

So what’s next for Fady? “Egypt should be one of the main tourist destinations in the world, with all our history and tourist locations.  I’m hoping to treat the whole of Sharm as a brand, so they can pool resources and we can boost tourism for everyone there in one go,” he says. If you’re a Sinai government official or a marketer for a Sinai resort, this pitch may just speak to you; he has the tools to reinvigorate the tourist trade.