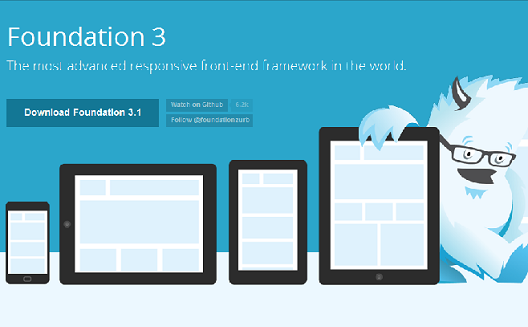 Silicon Valley product design company ZURB recently launched a new version of Foundation, their open-source design framework, rebuilt with RTL design capability for startup web developers who code in Arabic and other right-to-left languages. Offering a number of apps and services that are getting a lot of attention, ZURB has received praise from the New York Times, TechCruch, Mashable, and numerous developers.

Founded in 1998 by “Chief Instigator” Bryan Zmijewski, ZURB has focused its business on startups in and around the Silicon Valley, building a collaborative developer platform Playground, that may also be useful for MENA developers.

On Playground, ZURB offers free experimental program ideas with a lot of potential to benefit developers, who can work to further develop the tools in global collaboration.

One such service, Foundation 3, was designed to make it easier for web developers to more simply design in a format that fits their local target audience. Previously, web developers have been responsible for creating a unique RTL structure for each startup site they design, but now this framework is already built for them. Foundation 3 is “a toolkit for developers to skip the tedious parts of developing websites, and jump right in to the design part,” ZURB designer Ghaida Zahran explains.

The free multi-device framework even makes website conversion on smartphones and tablets simpler by giving mobile RTL sites the same flair and usability as on a normal computer. Insights MENA reports that in 2011, for the first time, more people on average accessed the internet via mobile than from desktop/laptop computers in MENA, a trend that Zahran hopes Foundation 3 will capitalize on.

ZURB’s first iteration of Foundation has enabled several startups to make some simple and beautiful sites. So far, there aren’t any final examples of sites built with Foundation 3, but ZURB has released a couple sample pages using RTL in English. They look fairly smooth, but we will have to wait to see how they actually look in color with right-to-left languages.

ZURB marketer Forrest Kobayashi explains that the RTL capability is a “natural next step” in web development and ZURB is the first company to create such a framework. Though ZURB isn’t seeing any large shift in Silicon Valley towards targeting MENA developers, Zahran and Kobayashi acknowledge that ZURB is seeing a startup boom in the MENA region that has come about in the last few years, a trend that they say is only beginning to be noticed in the Valley.

You may wonder, as I did, how ZURB can afford to offer Playground services and some of their apps for free. Well, while they don't have plans to monetize Foundation, simply hoping to empower startup designers, they do indeed monetize through its product design consultancy and paid apps.

ZURB has seen a lot of success in the U.S., but their new challenge will be successfully marketing Framework 3 to MENA designers and other RTL developer markets, to potentially become one of the most useful free services for web developers around the world.