Entrepreneurship in Kuwait may not seem widespread; few Kuwaiti entrepreneurs are well-known regionally and globally outside of Naif AlMutawa of The99. But the community is picking up steam, especially with the launch of the first StartupQ8 (Startup Kuwait) event.

The event was a huge success, despite facing some logistical issues. A great pool of over 40 entrepreneurs, programmers and investors showed up to share their enthusiasm and support, to help StartupQ8 achieve its vision. I initially wasn’t expecting more than 10-20 attendees, so when 40 people showed-up we had minor logistical issues, but we used a Lean Startup approach and we learned our lessons; next time will be seamless. Aside from that, people loved it.

The event, which started on time at 7:30PM in Think Café in Kuwait City, was split into four parts:

1. What is StartupQ8? Why does it exist?
2. A Q&A session with the co-founders of Dishdasha Express
3. A quick lesson about Business Model Canvas (an idea set forth in The Startup Owner's Manual)
4. A final networking segment 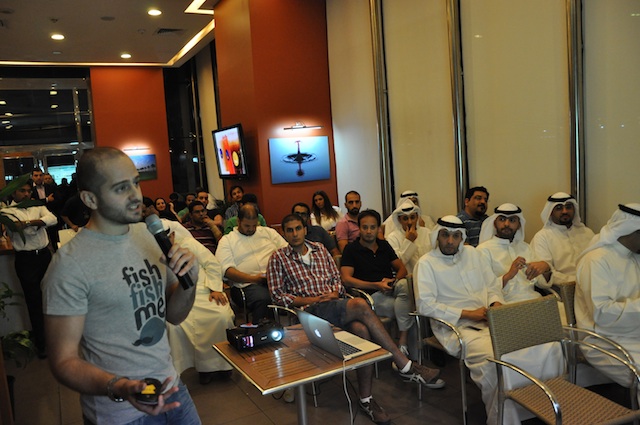 I went first, and the first thing I did was revealing our new AWESOME new logo: (click
here to know more about the competition we made to arrive at this cool logo)

Later I explained the difference between a startup and a small Business, and explained how establishing a startup ecosystem in Kuwait is necessary to produce successful startups that can shape the future of Kuwait. Below are the slides that I used during this talk.

After that, we shifted to the Q&A session with Dishdasha Express co-founders, Hany AlElwani and Abdullah Alaryan. It was a casual interview with many laughs; highlight are below:

1- What is Dishdasha Express and how did it start?

Dishdasha Express is a home delivery tailoring service for creating dishdashsas (Kuwaiti traditional dress). Once you call us, the tailor will arrive at your place and take your measurements; after 5-7 days you’ll get your dishdasha delivered directly. All of this only costs 6 KWD, while a regular tailor usually charges 5KWD without delivery and home service.

2- How did you fund your project? and why?

We self funded our project, along with two other passive co-founders that injected money in the startup in the early days. Now we're bootstrapping. We tried to get some investors funding to accelerate our growth, but we didn’t find any that understood startup funding. They were asking for a majority stake (around 50%-80%), and said it is very risky, ignoring the fact that it is very rewarding as well.

The government also didn’t know how to invest in startups such ours. They were asking for collaterals and pledges; they didn’t understand what are we doing and they don’t want to invest in an unusual and unique type of businesses.

3- Do you feel that Kuwait is a good place to start a business?

Yes. We believe that with inefficiency comes opportunity. Also you might realize that most people in Kuwait when they think of starting a business they are either thinking in establishing a restaurant or a fashion store. There's nothing wrong with that, but that’s why our market is less competitive and more attractive for entrepreneurs seeking to solve real problems. 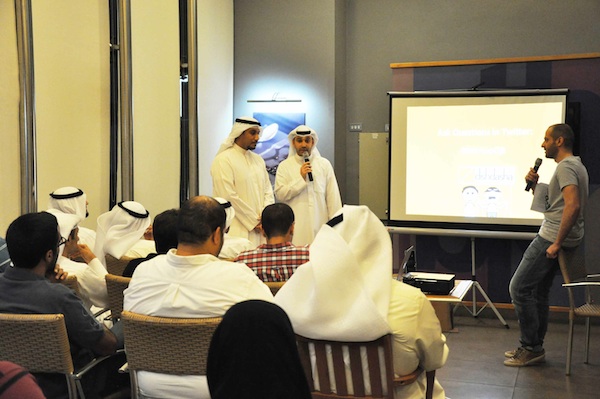 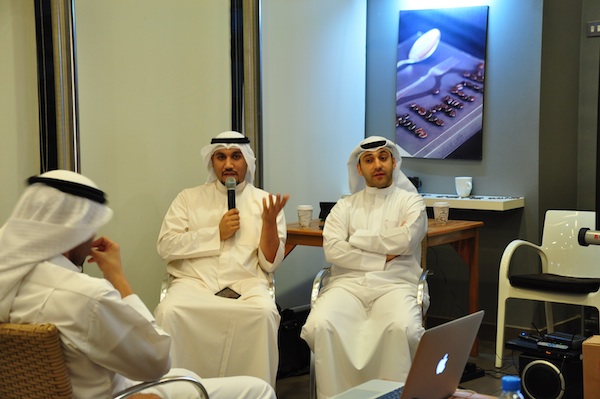 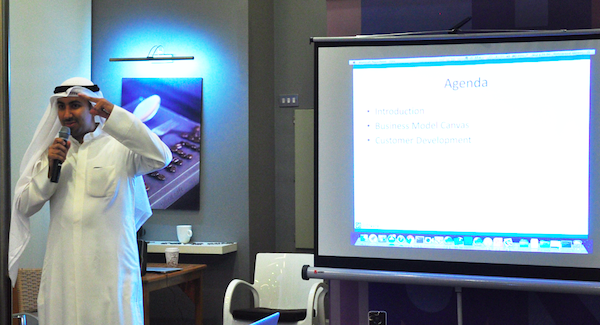 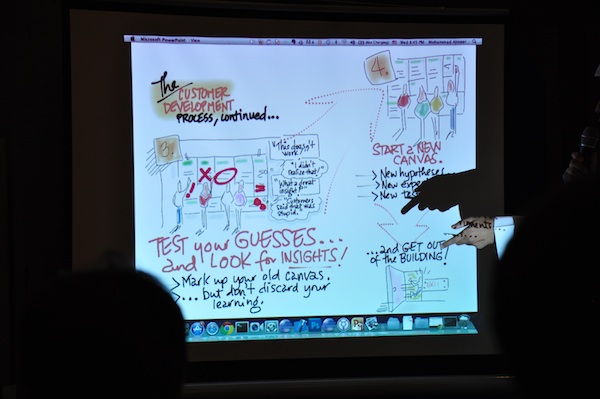 The third talk was by Mohammed Almeer, the founder of Q8 Software, who discussed the Business Model Canvas. He did a great job; you can find his slides below:

The last part was the networking event, which was, in my opinion, the best part of the whole event. We had a good mix of entrepreneurs, programmers and investors. I was super happy when I know that some of the angel investors were considering investing in some of the Kuwaiti startups attending the event. Also we found many entrepreneurs talking to programmers to know more about them and the possibility to recruit them or have them on their founding team. 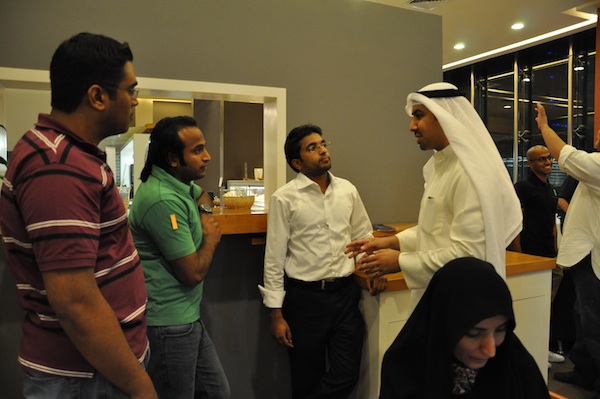 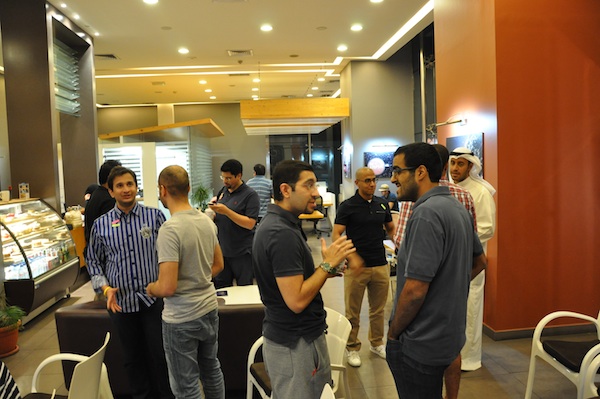 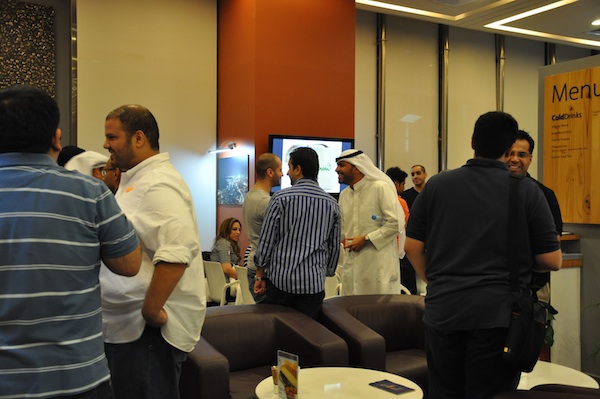 Watching the entire event was like a dream became true. Sometimes small initiatives like this can bring back
some of the lost hope caused by the political turbulence. This event made me feel that I’m not alone in Kuwait, and that there are many people that share my vision and my dreams. Let’s work together to build a healthier and friendlier environment for starting business in Kuwait, and let’s also work to build more and more successful startups!

At the end I want to thank everyone that attending the event and everyone that made this event a success: Think Café, Wamda and all of the speakers.