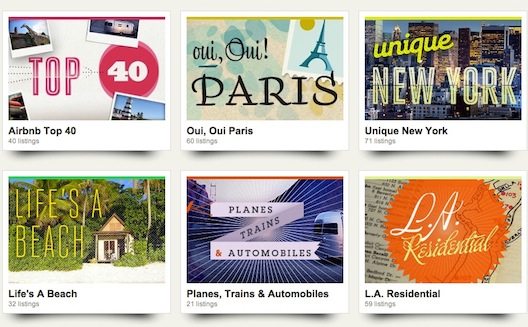 Increasingly competitive economic conditions and growing social concerns force us to search for new ways of living and connecting with one another. In the past few years, this shift in consumer behaviour has created a concept known as the “sharing economy,” “collaborative consumption” or the “peer-to-peer marketplace.” It has become a hot area for tech entrepreneurs, led by the successes of Airbnb, Zip Car and Kickstarter.

But there are doubts that these companies could succeed in the emerging markets of Turkey and the MENA region, where a common business model is to clone Western ideas rather than to innovate based on local needs and attitudes; skeptics need more understanding of the differences in consumer behaviours between the two markets and the reasons for the original model's success.

The need for the collective consumption – sharing or leasing something like a car rather than owning it outright, as in the Zipcar model – has existed over the past 10-15 years. Its roots can be traced to the white bicycles of 1960s Amsterdam and ad hoc social practices such as carpooling in the US. But technology platforms such as Airbnb, Kickstarter and Zipcar vastly increase accessibility and simplicity.

This has given rise to collective consumption as an emerging lifestyle (what Sara Horowitz called in The Atlantic a “quiet revolution”). With unemployment, personal debt and the cost of living on the rise, not to mention increased economic migration, it is becoming more appealing than ever.

These collaborative-consumption businesses will be the next billion-dollar companies, The Economist predicted in 2011, mostly because of the growth of a sharing economy in the U.S. and Europe. In this climate, the recent $2.5 billion valuation of Airbnb was no great surprise, but it did start a discussion about its sustainability and the driving forces behind its success.

Almost everyone agrees that cost saving is the principal driver of growth in the sharing economy. Peer-to-peer accommodation businesses were started during the global economic crisis of the past few years, not in spite of it. Even though economic recovery in U.S. and Europe may hamper Airbnb’s growth in the short term, the dynamics may be different in the long run because of the growing phenomenon of the quiet revolution, which is related to the sentiment of anti-corporatism exemplified by the Occupy movement.

Another driving factor is what Horowitz calls "360° people." They are consumers who are aware of the ecological, societal and financial impact of their consumer actions and may prefer collaborative consumption even in the absence of cost-related concerns.

“There are people who change their lifestyles to do Airbnb,” says Kayhan Molaci, an entrepreneur and frequent traveler who attempted to start a peer-to-peer accommodation site called 7dayhouse.com. “For example, one of my friends in Barcelona rented a bigger apartment to have a spare room to do Airbnb. He wants to meet new people, make more money and also live in a better conditions.”

The Dynamics of the Sharing Economy in Emerging Markets

What sets the Middle East and Turkey apart from the U.S. and Europe is that people rarely share their apartments in order to meet new people or for ecological reasons. The main driver is purely cost saving (or profit-making), rather than a “quiet revolution.”

While there are approximations of peer-to-peer accommodation platforms in the emerging world – companies like hemenkiralik.com, kiraguru.com, and sahibinden.com in Turkey, and Arabrooms.com and Gweet.com in the Arab World, they largely focus on traditional apartment rental or car hire.

Istanbul-based entrepreneur and second-generation tourism businessman Hakan Guzelgoz says, “The sharing culture in the U.S. and Europe as opposed to MENA and Turkey are quite different, but still there is a huge potential for peer-to-peer accommodation in our region. However, only apartments specifically reserved for this purpose can be an option for growth. People won’t want to share apartments they live in just for green living purposes.”

Molaci agrees. “In Turkey or the MENA region, people want to rent out their apartments only if they don’t live in [them], for cost-saving purposes. Nothing else.”

The Role of Economic Development

A difference in ecological understanding may indicate why sharing-economy businesses need to be positioned differently in emerging markets. “Green living, which [mirrors] the rise of collaborative consumption, barely exists in our region," says Ergem Senyuva Tohumcu, a London-based eco-entrepreneur and ambassador to Turkey for Al Gore’s Climate Reality Project. "I attribute this to our culture, which focuses too much on the self as opposed to being part of an ecosystem or a community. People are empowered by how much they own instead of how much they share.”

A lack of ecological policy at the governmental level also allows society to be careless about the environment, yet a lack of proactive approach may be rooted in a deep sense of collective destiny, says Tohumcu. “A ‘destiny’ approach offers an explanation without any responsibility, and, to some extent, explains the insufficient ecological understanding in our region.”

In the near term, it remains to be seen whether this is an obstacle to Airbnb or Zip Car-style clones or whether attitudes will gradually shift. Either way, to reach US $2 billion- 3 billion valuations, we need to start companies based on our own realities in emerging markets.