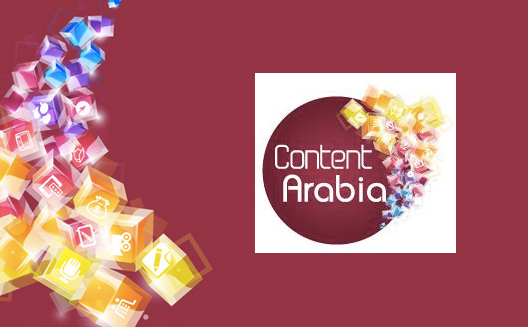 Two weeks ago more than 43 internet and business geeks spoke to a large audience of Arabic content enthusiasts in the Jordanian capital of Amman at the Arabic Digital Content Conference, under the patronage of prince Hassan Bin Talal and organized by digital publishing platform Majalati.

The highlight of the conference was a panel about Arabic Digital content and education, which included a quick reality check on how Arabic content is doing online. Despite the fact that there are over 360 million Arabic language speakers globally, “Arabic content represents currently about 3 per cent of the total content on the web,” said Fayeq Oweis, the Arabic Localization Manager at Google.

Wikimedia’s Faris Al Jobli came under fire from some of the participants who protested the lack of quality Arabic articles on Wikipedia. Another issue raised during the Q&A session was the Egyptian Wikipedia. Most of the participants agreed that Egyptian is not a language, and that publishing articles written in the Egyptian dialect helps demolish formal Arabic, the language that unites the Arab world and is used by Arabs to search for information on Wikipedia.

When it came to the startups, two Jordanian companies stood out to me as promising creative businesses: Al-Hodhud and Masmoo3. Al-Hodhud has recently launched a creative self-learning suite for kids called “Salma” that helps them build Arabic reading skills (it’s also listed as one of our Wamda Top Ten Startups in the Arab World that Parents Will Love). CEO Mohammad Al-Bishtawi demonstrated how kids can create their own stories on the platform by arranging movable items then telling their stories to teachers and parents. During the event, he tweeted “The Arabic digital content industry should pay closer attention to the realm of education because it’s suffering greatly.”

As for Masmoo3, the first Arabic audio books business, founder Alaa Suleiman shared some positive news with us: “Arabs have listened to more than 90 thousand hours of audio books in less than 16 months.”

Other interesting new startups and projects that presented at the event included I3zif which offers video lessons for those hoping to learn how to play a musical instrument on their owns, Froot Apps, an app development company that created the electronic Arabic book app Ketabi, in addition to comedy app Loool and others, and, finally, Arab Comics, a youth-led initiative that hopes to revive the art of comics in the Arab world by uploading, translating and discussing comics from around the world.

During the one-day event, many used the official hashtag of the conference #المحتوى_العربي  to express their intentions of tweeting more in Arabic to support Arabic content online and spread awareness of language preservation.

[Editor’s note: Stay tuned for more soon on how Wamda will be supporting Arabic content creation on the web].