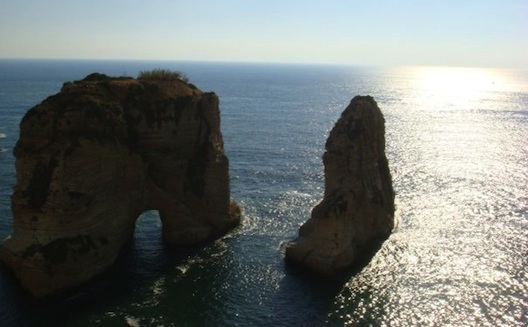 Let’s face it: the Arab world needs more institutional investors, and better exits; both form the backbone of the entrepreneurial boom we are facing. Without a healthy venture capital industry, there won’t be a startup ecosystem.

By studying the case of Lebanon, we can derive several lessons that can be applied to other countries in the region. Lebanon has both excess capital and an excess of high quality human talent, yet it lacks efficient channels for effectively connecting the two.

Today, the country has one of the highest ratios of bank deposits to GPD in the world: roughly 3 times Lebanon’s GPD is available in Lebanese banks, an estimated US $140 billion present in its local banks and partially invested in all type of public, commercial and private lending activities. Fortunately, this excess capital is increasingly finding its way into lending and investment in startups and small and medium-sized businesses.

On the lending side, the Lebanese government has supported a revolutionary program named the Kafalat program, which helps startups and SMEs by providing loan guarantees based on business plans and feasibility studies. By qualifying for Kafalat, any company can go to a bank and apply for a loan (for up to US $400,000) without presenting any collateral. The Kafalat program has supported the boom of several industries in Lebanon, including manufacturing, the technology sector and, among others, many of the hip restaurants across the country.

During the first 9 months of 2012, this program provided around USD 110 million in fresh capital to SMEs, 20% of which went to startups (Have you ever wondered why Beirut has hundreds of restaurants and entertainment venues of all sizes and forms? Kafalat supported this impressive growth).

On the equity side, the gap remains big, and the presence of several Lebanese and Arab VC funds, including Middle East Venture Partners (MEVP), is not enough to guarantee that startups can secure the large amounts of funding needed to scale regionally. The ecosystem requires more professionals, more angel investors, and especially more exits.

The Central Bank has recently started an ambitious program to institutionalize proper investment banking activity, by offering investment banking licenses and tax breaks for funds investing in local companies (regardless of these companies’ primary target markets), and creating offshore structures and regulations.

Current debates about the introduction of preferred stock legislation and the privatization of the Beirut Stock Exchange are also steps in the right direction; the Stock Exchange plays a primary role in providing liquidity to companies as well as the possibility of exiting by going public. Hopefully, Lebanon is heading in the right direction by building a better stock exchange that can transform long-term prospects for growing companies.

The Arab world is not strange to the dilemmas of SME lending, equity injection and exits, yet our Arabian VC industry still has a long way to go before we see the emergence of several success stories that will inspire further investment and entrepreneurship. MEVP itself was born from the desire to support Arab startups and small businesses; as we fund internet companies in segments from gaming to music streaming to software development, we’re hoping to fuel a new wave of VC expansion across the region and a new era of opportunity.