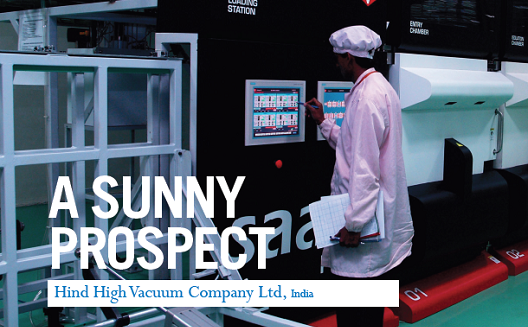 This is the fourth installment of a new series on Wamda featuring companies in emerging markets around the world.

Launched in 1965, the Hind High Vacuum Company (HHV), based in Bangalore, India, manufactures vacuum-based equipment for international clients across sectors, including aerospace, automotive, and electrical.

After over forty years of fairly successful business, the company saw steady profits in its sector but wanted to take advantage of the growing Indian and international economy by refocusing its brand on modern technologies.

The company’s president, Prasanth Sakhamuri, saw an opportunity to tap the HHV’s existing strengths and delve into the alternative energy market. To take advantage of this growing sector, HHV found investment from Aureos India in 2006, more than doubling their turnover in just four years and launching their solar business to new heights.

HHV’s solar focus has transformed the company which now projects revenues of over $150 million by the end of 2013.