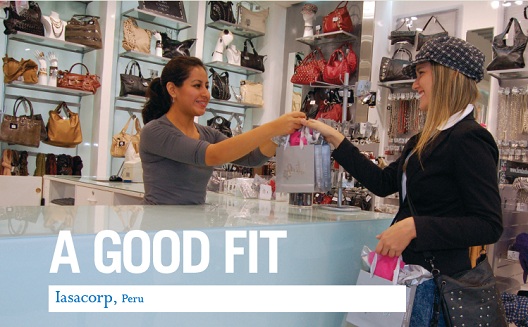 This is the fifth installment of a series on Wamda featuring companies in emerging markets around the world.

Iasacorp International, founded in 1960, originally grew out of a family-run real estate business in Lima, Peru. The women’s accessories part of the business began in 1998 and has itself diversified so that Iasacorp International now has three main business areas: women’s accessories; patents – official licensee for brands including Mattel and Disney in Peru; and distributor of promotional items for business.

Then-CEO Alfredo Benavides was expected to hand over the reins of Iasacorp to his children, when it became clear that in order for the business to move to the next level, it needed a new partner.

Alfredo’s children, David and Susana, took the company as far as they could but felt the need for an experienced partner in order to expand. Following a $4m investment in July 2009 from the Aureos Latin American Fund, Iasacorp has strengthened its corporate governance, improved reporting systems, and implemented a new sustainability program.

Iasacorp now has over 184 outlets across Latin America. Their entry into the Chilean market began in 2007 and there are now 53 outlets throughout the country. Their expansion into the Colombian market also started in 2008.