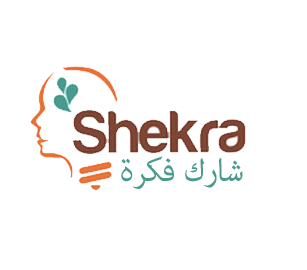 New joint investment concept "Shekra" is drawn from the Arabic phrase "sherik fekra" in Arabic, which means "share an idea." The platform was launched in Cairo last November by seven founders who come from backgrounds in technology, aviation, investment and banking, who have pooled their resources to support Egyptian startups.

The platform works by asking its network of investors to offer small amounts of capital in order to fund a startup or a specific project, thus mitigating investment risk.

Unlike other crowdfunding platforms like Yomken in Egypt, or crowdsourced investment platforms like Zoomaal, which ask the public to fund projects, Shekra relies on a closed network of investors.

While many are still skeptical about investing in startups in general, Shekra hopes to build trust in the idea by leading with trustworthy investors.

The Crowdfunding Trend in the Arab Region

It's designed to fill a gap in early stage funding in the Arabic world, says co-founder and co-director Doctor Shehab Marzban. “There is an obvious financial gap that startups and small companies are facing at the early stage, and this blocks invention and hinders the process of developing new startups in the Arab region.”

According to Shehab, 15% of Arab youth have a strong desire to start their own projects, as compared to 4% in the west. There's also a significant percentage of wealthy Arabs, both in the region and the diaspora, who want to invest in startups for a variety of reasons ranging from helping to create success stories to assuming social responsibility towards their societies.

Support Before and After Funding

In order to fully support startups, Shekra provides many activities before and after funding:

Shekra currently offers connection to over 60 investors, some from Egypt and others from around the region and globe. The platform hopes to expand throughout Africa and members of the Organisation of Islamic Cooperation. “The Islamic World and Africa are rich in talent and potential capital that can create value and limit the talent immigration to the west," says Shehab.

First, however, the platform will focus on Egypt and the GCC. "We must depend on local and regional partners who share our belief in supporting projects, and and we hope to support a new category of investors who can be part of a promising future,” he says.

Below is a video in Arabic that explains the platform: