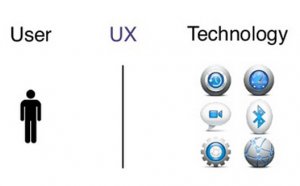 While most digital startups in the Arab World focus on their revenue and technology, perhaps they don't focus on user experience as much as they should.

When user experience specialist Abdelrahman Osama returned to Egypt in 2011, he hoped to bring his expertise working abroad to the local market.

Yet, he says, “I didn’t find a serious interest in UX in Egypt. Even those convinced of its importance were not willing to spend money on it.”

Osama proceeded anyway, establishing Simpleia, a product design and branding statup that will initially focus on e-commerce. He's currently working to reigster it officially, and is building an e-commerce site that focuses on UX design.

"A brand isn’t just a logo, but also a culture and a community," says the Egyptian designer. "Design isn’t a question of how the product would look, but of how it will work.”

To answer the question of how the site will work, UX design asks the designer to go through three phases (for more on these three phases, see 3 Hats that a User Experience Designer Wears):

1) User Research. First, the designer asks, who is the user? How old is he/she? What is his/her background? What is his/her personality? And in what circumstances or scenario will the product be used? To answer these questions, the UX designer interviews groups of users.

2) Information Architecture. In this phase, data is collected and categorized for each product and the designer sets product rules, a roadmap explaining how the user will use the product, and decides on the product's appearance.

3) Interaction Design. In this phase, the designer creates wireframes, and then translates these wireframes into visuals, taking into consideration the color scheme to be used which will lead to an action scheme.

Osama's goal is to build the largest group of Egyptian UX designers, and expand the concept of UX in the Egyptian market.

He wants to demonstrate in the local market that UX design isn’t restricted to websites and mobile apps, but also includes ATMs and new technologies, such as small touch screen displays on fridges. “Although we are still trying here to prove its usefulness to companies in Egypt, most companies abroad have a whole UX Design department, not just one individual," he points out.

Startups may not always be able to afford these advanced designs, but Osama is looking to prove to startup that their money will not be wasted, but will increase their ability to win users over. He may also offer the option to partner with startups, he says, to help Simpleia's ability to research users, and to help make products that can change people's lives.