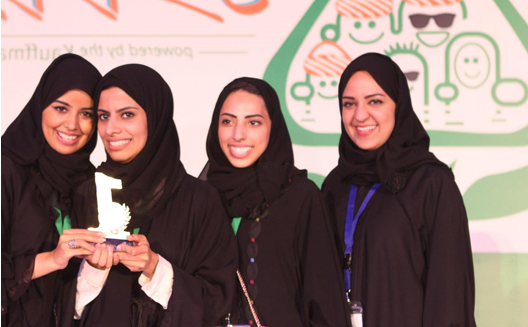 At the first Startup Weekend to grace Jeddah over a week ago, a wedding arrangement site won the day, led by two women.

Hoping to serve Saudi’s $500 million wedding market, Zefaf (@ZefafApp), which is already up and running, allows users to set a budget, and connect to venues, restaurants, singers, dresses, jewelry, and even skin care providers that have logged on to add their store to the website. Its winning team included both men and women (men pictured below). 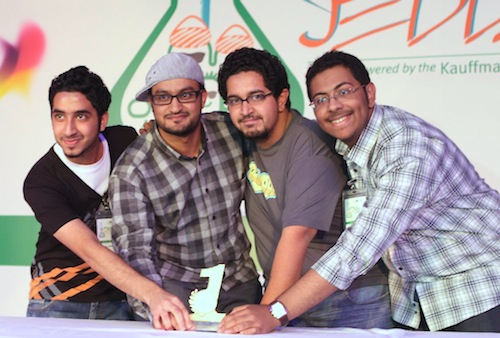 In second place, solving another most pressing issue in the Saudi market, was Adrs Me, (@adrs_me), a mobile application that helps customers order goods online, by creating a reference number for each location submitted. Like Addy, it will help boost e-commerce by allowing customers to describe their homes and offices with something other than a series of landmarks.

In third place came iMashfa (@iMashfa), an appointment booking site for hospitals and physicians that already has an impressive logo and site design; populating the site with doctors will be the next step.

The event, hosted by Badir, a technology incubation program launched by the King Abdulaziz City for Science and Technology in 2007, gathered 200 young graphic designers, developers, and engineers to develop ideas that could ultimately diversify the country’s economy.

Over a lively 54 hours the attendees conducted ice-breaker exercises and received mentorship from experts. 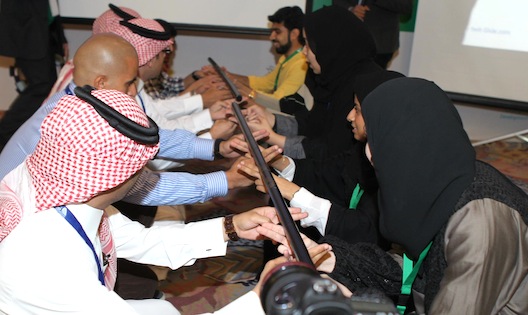 “The creative format of Startup Weekend, which motivates idea development, has encouraged us to organize these gatherings in Riyadh and Jeddah, and soon in other cities, in order to develop the capabilities and skills of men and women to help them become technical entrepreneurs in the Kingdom,” said Nawaf bin Attaf Sahaf, Badir’s Executive Director. “The goal is to assist them in developing ideas and transforming them into successful commercial and technical projects.”