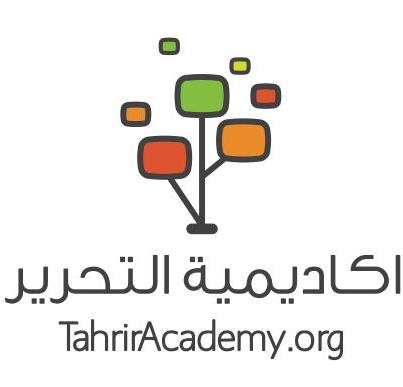 Capitalizing on the momentum for social change in post-revolution Egypt, one new online initiative has launched a “revolution against the traditional concept of knowledge.”

Launched in February 2012, Tahrir Academy is an Egypt-based non-profit “Videopedia” that aims to crowdsource knowledge and brand itself as a non-traditional learning destination. The academy relies on an engaged community and volunteers from various backgrounds and age groups to design, review and deliver educational audio and visual content for users.

The team holds that traditional education methods only generate identical mentalities with stereotypical goals and visions, spreading an outdated approach to education, says Seif Abou Zaid, the CEO of  the Tahrir Academy. A cookie-cutter education doesn’t leave room for creativity or diversity and isn’t suited for the abilities, skills and needs which vary from one learner to another.

Like its revolutionary namesake, Tahrir Academy is rethinking the education process entirely; teachers, students, learning environment, and the curriculum itself.

The Academy has published more than 100 educational videos on topics including physics, astronomy, grammar, and even a chemical experiments entitled Ma’mal Al ‘Ouloum (Science Lab) for elementary and secondary school students, as often students don’t get the chance to actually perform these experiments in school.

The videos are typically short and easily digestible, explaining big topics with simple tools. In just their first year, more than 2.5 million viewers watched the Academy’s productions on its YouTube channel. Now, the team hopes to broadcast life classrooms and expand from YouTube to local TV to make education more accessible to their audience. 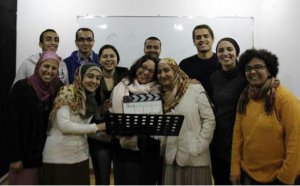 Video e-learning is not new in Egypt; Khan Academy, for one, well-known for its online education options. But Tahrir Academy hopes to distinguish itself with an original brand, unique scientific content, and Arabic content.

To create a balanced curriculum, partnerships will are key. “Cooperation is critical for us,” says Abou Zaid.

The economics course the startup is publishing this month is a collaboration with the House of Wisdom Center for Strategic Studies, an Egyptian research institution, while it collaborates with Injaz Egypt for its entrepreneurship course, and has previously worked with the American University in Cairo to prepare its physics series.

While Tahrir Academy received seed funding in its early stages, it has been developing a business model that will allow it to produce a educational videos  for companies and institutions in return for financial sponsorship. The team is also currently considering crowdfunding for the project.

Soon, the startup also hopes to offer user-generated content as well, offering users the ability to upload their own educational content to make video learning even more interactive. A challenge here will be ensuring video quality, but opening this option will allow the platform to truly be community-based.

Tahrir Academy has big ambitions, and their platform is gaining in popularity. Yet as with many social initiatives, a true change in the education system will take time. “Social entrepreneurs need to show some patience before they begin to feel the change they’re trying to make,” says Abou Zaid.