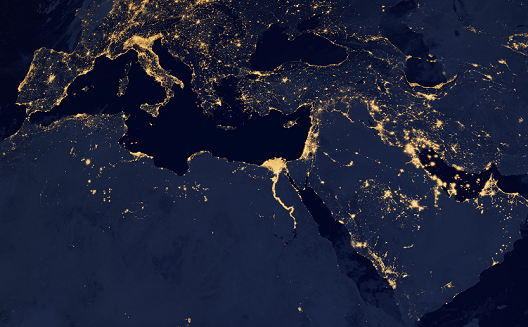 This piece was originally published on the Harvard Business Review on April 17, 2013.

Venture capital is ignoring the Middle East for all the wrong reasons. Ultimately, playing it safe will cause them to yield new opportunities.

I've interviewed over 150 impressive, young entrepreneurs and engineers throughout the Arab world. Many have visited the States (or would like to visit), but especially after the uprisings of two years ago, nearly all want to stay home in the long run. They care about their families and their communities. They believe that despite all the recent political uncertainty, they will eventually control their destinies. And they know, first-hand, that these are early days of sizable market opportunities in their back yards.

These entrepreneurs live in societies with over 350 million active consumers, and are situated perfectly to expand into markets east and west, north and south. They regularly approach 100% mobile penetration, which means that consumers throughout the Middle East are instantly comfortable with new mobile product adoption. Many mobile executives there tell me that while smart phone penetration is low at the moment, they expect 50% penetration in places like Egypt within three years. It is already well above this in the Gulf.

The large consumer bases are on the verge of adopting widespread credit card use, ePayments, and eCommerce. They thirst for opportunities in health, education, and infrastructure that would take governments years or decades to address. They are crowd-sharing ideas, learning, expertise, and artistic creation at a border-less scale unimagined even three years ago.

Silicon Valley and other global tech operating companies get this. All the major hardware and software players (Google, Facebook, Twitter Intel, Cisco, Microsoft) and most of the major mobile players have expanded their operations in the region, and are also pro-actively working with the entrepreneurial communities to help them connect and expand. PayPal opened offices in the Middle East late last year. LinkedIn, who already had five million members from the Middle East without any presence there at all, also just opened operations for the region and Africa.

Largely absent from this equation, though, are U.S. venture investors. A few — General Atlantic, Tiger Capital, J.P. Morgan Ventures, Kleinert Perkins, Summit Partners — have stuck their toes in the waters of Istanbul and Dubai. But where are the rest?

As almost every major firm has invested, if not opened offices, in emerging markets facing their own growing pains, political risk and instability can't explain it all. So, in the course of researching my forthcoming book, Startup Rising: The Entrepreneurial Revolution Remaking the Middle East, I also spoke with my friends in Silicon Valley for their view.

To a person, everyone I interviewed was well-versed in the rapid adoption of mobile technology and believed that there will be at least five billion smart phones within a decade. They agreed, as I argued here recently, that this must mean impressive innovation coming from surprising places.

Their strategies have historically and uniformly been two-fold.

First, as one investor who's had offices for years in China and India put it, "We have to chase market cap; we may lose our ass in China in the short run, but over time one just has to be there as it is so large." Second, conceding that great engineering talent has long been border-less, investors continue to focus on emerging markets as places to outsource programming and services more cost effectively. As one investor put it, "It can and will increasingly be a buyer's market for us because new, more reliable talent springs up regularly in every time zone."

Even though the Middle East increasingly fits these criteria, they argue, why rush in? Investors tell me that they can simply look for new opportunities in the region from their other regional hubs and business partnerships. Others argue that the remarkable ecosystems of talent and rule of law in places like Silicon Valley will always spawn plenty and more reliable opportunities and when they do discover great entrepreneurs in these other markets they will, as one investor told me, "Have them move to the Valley."

There is logic here, but it strikes me as backward-looking. What took other emerging growth markets years — if not decades — to build are now in place in the Middle East in part due to their examples and increased global access and adoption to technology. Great entrepreneurs, not only despite infrastructure challenges but because of them, are stepping up to innovate at scale changing their societies in kind. From home, they access local and regional markets that number in the hundreds of millions, and can reach the entire world in a cost effective way.

The great innovator and supporter of global entrepreneurship, Linda Rottenberg and her team at Endeavor Global, the company she co-founded, rave about a new investment phenomenon they call "e-to-e" — emerging market to emerging market. She means not only local investment communities rising to new opportunities, but looking to support similar growth market entrepreneurs around them.

And, in fact, western VCs are beginning to trip over dozens and dozens of new local and regional angel funds, incubators, VCs and institutional investors happily finding great companies in their back yards. The rest can pursue business as usual — they can sit and wait. But one thing is clear: with time they will be yielding opportunity.