The impatient bloggers of the world have tumblr and Twitter for their microblogging, but now, thanks to an entrepreneur in Saudi Arabia, Liriod gives any blogger with writer's block an extra push, by allowing them to write about a specific topic, in a defined period of time.

With a name drawn from a combination of "limited" and "period," the platform allows users to post videos, photos, and text, on a daily basis; it's less for the casual writer than for those with goals they are trying to achieve, along with the help of comments from the community, says creator Abdulmajid Althari, a student who was born and raised in Saudi Arabia and is now studying Computer Science at Malaya University in Malaysia. In a case of life imitating art, Althari was inspired to create Liriod while watching a movie in which a hero regularly blogged on a single subject.

Several e-services, like Goalmigo and 42Goals, offer users the ability to tackle goals within a limited period of time. However, what sets Liriod apart is its Arabic interface and focus on blogging within a certain time frame rather than merely ticking boxes. 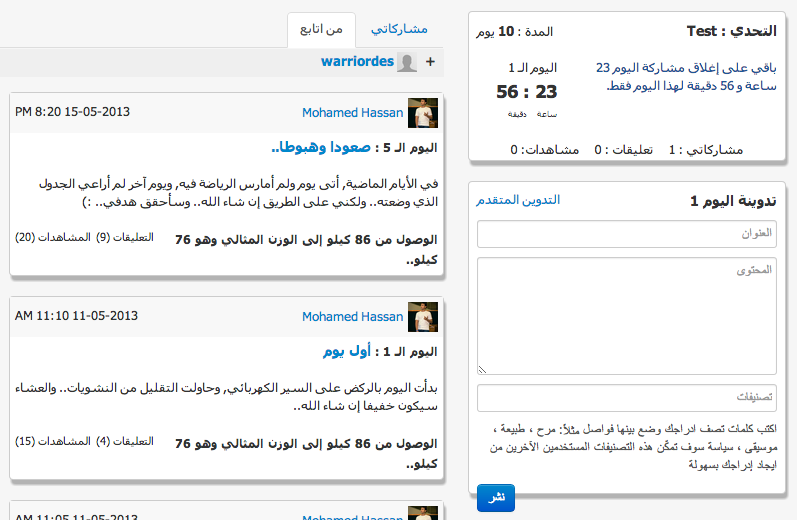 Since the site's beta launch on May 3rd, the site has reached 270 registered users who have already logged 100 goals.

As Althari builds his userbase, he's focusing on features like social goals, which he hopes will also help companies "give their employees the chance to participate in achieving one goal in a cooperative spirit.”

One element that the site may need to improve as it grows is making it easier to show the goals of various users, in order to encourage mutual support and build a community, especially if bloggers are looking to get inspired by others with similar goals.

Althari hopes to eventually take the site global; hence the somewhat English name. When aiming to go global, "it was better to choose a name globally accepted and easy to pronounce”, he says.

The youth problem with the labour market in the region

Althari's path to entrepreneurship hasn't been easy. Although he studied Computer Science at British Staffordshire University, he faced a dilemma that many face upon graduation in Saudi Arabia: there simply weren't any jobs available in his field.

He then took a job as an Assistant in the Human Resources department at a specialized public hospitals in Saudi Arabia. Yet after three years, once he returned to school at Malaya University, to continue studies in Computer Science, he was able to leap into various startup projects, including Btaqa, an electronic service that allows users to create and share digital business cards, and Restval, a smartphone app that helps travellers discover new places while traveling.

If he can continuing working as a tech entrepreneur, hopefully he can return to create more jobs in his home country, he says. “I have always dreamt of working in computer science and now I’m achieving my ambitions," he says.