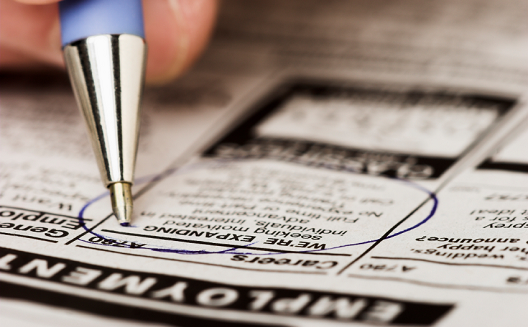 This piece was originally published on the Huffington Post on July 9, 2013.

Let me state the obvious: the employment process is broken.

It is especially broken in the Middle East and North Africa (MENA), where the region continues to lead the world in the percentage of youth not on the path to a stable career.

Regional leaders and public figures often point to entrepreneurship as having the potential to drastically impact MENA's job creation plans. The belief is that as entrepreneurs work to satisfy the needs and wants of different consumers regionally and globally they will also create jobs as a result. However, more and more entrepreneurs in the region are tackling the employment challenge head on making the creation of jobs the key metric of their business model.

Fadi Sawaqedy first thought of the idea behind Amman-based Shabab Jobs back in 2010 when he won second place at regional digital summit ArabNet for his idea. Sawaqedy noticed that there was a clear lack of focus within the job-matching space on the substantial number of underprivileged and uneducated Arab youth, who usually "didn't even have a resume." Lack of investor funding meant that the website wouldn't go live until earlier this year, but the response from both employers and job seekers has been very positive and the revenues have been coming in.

With a similar focus on youth, Dubai-based Gradberry launched in 2011 out of a realization by co-founder Iba Masood that most of the jobs advertised through popular channels focused on candidates with work experience, leaving fresh graduates to fend for themselves. Positive feedback on the platform that focuses on job seekers with zero to two years experience, has encouraged Masood and co-founder Ahmed Syed to launch a new section of the website, Gradberry Academy, that focuses on delivering needed skills to young job seekers online.

Of course it's not only the youth that are having a difficulty finding jobs. Our entire notion of employment will need to change if we are to overcome the unemployment challenges that face the region. Suad Abu Srour launched StayLinked in Ramallah, Palestine earlier this year with several of her co-founders. StayLinked works to bring the concept of "microwork"to Palestine in the hopes of "leveraging Palestinian talent to serve the region and the world."

Srour got the inspiration for StayLinked when she graduated with a degree in computer information systems and realized that most of her female peers, in spite of representing almost 50 percent of the graduating class, were usually forced to stay at home due to mobility issues and other difficulties. With funding from an angel investor, StayLinked has been in able to come in to play a brokerage role between employers and freelance workers, while adding a layer of coordination and, most importantly quality assurance. Palestinian workers at StayLinked have already served clients from Bahrain to the United States.

These are of course not the only startups directly tackling the unemployment challenge; several popular regional startups such as Nabbesh and Glowork are also tackling the crux of the matter from different angles. Speaking to several of these startups it became clear that there at least four important steps to supporting startups working in this space.