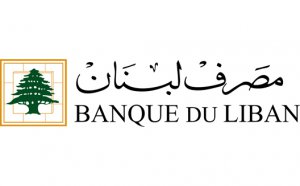 Around 10 days ago, the Central Bank of Lebanon (the Banque du Liban) released an announcement that it had instituted a new policy to de-risk investments in startups made by banks.

The news quickly made the rounds in the local startup community that Banque du Liban (BDL) had launched this new policy, in order to incentivize commercial banks to invest in technology startups, incubators, accelerators and venture capital firms. (The pdf of the amended Basic Circular 331 can be downloaded in Arabic here.)

Yet, with policies like this, the devil is in the details. To understand whether it will really give banks an incentive to take on small, risky investments in startups, we met with Saad Al-Andary, Vice President at the Banque du Liban, to address issues and concerns that we had. Here's our breakdown of how it works and what the challenges might be.

If a local bank agrees to invest in startups, it receives a seven-year interest-free credit from the Central Bank (BDL), which can be invested in treasury bonds that return interest rate of 7%. As the local bank benefits from this interest, it then must turn around and invest its own capital in startups or startup support entities.

To ensure that banks also reduce risk by diversifying their investments, the BDL has set some limitations set on the amount of investment the bank can make in any given startup: banks can only invest a total of 3% of their entire capital in startups, yet they can only invest 10% of that 3% (0.3% of their total capital) in any one startup. In other words, with that pool of 3% of its capital, each bank must make at least 10 different bets; it can't invest it all in one company.

To put this into perspective, for example, by the end of June 2013, the total amount of the private capitals of comercial banks was registered to be US $13.5 billion, 3% of that total capital would be US $405 million, if all banks use all the 3% allowed by the BDL.

Regardless, once an investment is made, both the commercial bank and the BDL stand to profit; the BDL will take 50% of any profit made if the company is sold or the banks cash out after another round of funding. All of those guarantees come at a price.

Of course, the BDL is not simply trying to turn a profit; it's stated goals include:

To qualify for investment from commercial banks, some rules apply for startups; most importantly, the company must be registered in Lebanon:

After looking at the terms, we had a few concerns, primarily about the role banks would take in running these startups.

The circular states that commercial banks “can participate up to 80% in the capital of a single company, and should play an active role in the development of the company’s business and in the support of its continuous growth and development.”

Having a bank take 80% of a startup's equity with a hands-on approach could be a disaster for a startup, unless, of course, the bank employees managing the startup were well-versed in Lean Methodology and an entrepreneurial mindset.

When we raised this issue with Al-Andary, he admitted that the banks might need assistance managing their startup assets, saying, “specialized units familiar with startups will be created at the banks to follow up closely with the startups".

If the bank did own 80% of a startup's equity, however, it would be "in the bank's interest to have the startup succeed,” he concluded.

Al-Andary pointed to the fact that, at the end of the day, it's up to young entrepreneurs to set the terms and determine their course. “I believe young Lebanese entrepreneurs to be very resilient, and I am counting on that to make the best out of this project,” he said.

Because some entrepreneurs might lack the knowledge to negotiate well with investors and banks for good terms, we asked Al-Andary if the BDL would consider urging commercial banks to prioritize investing in VC firms, incubators or accelerators, which could then enable small startups. (With potential investment amounts of over $1 billion per ticket, it seems that the program might be best suited for releasing capital to funds, if funds want banks as LPs).

Al-Andary insisted, however, that he wants the BDL to give individual entrepreneurs an equal chance, and that this is a good chance for them to pursue their goals and benefit from the opportunity.

Who will be first?

In general, this amendment is a step forward for Lebanon, and evidence that the government is actively working to support startups and the growth of entrepreneurship.

Yet, again, the question remains as to whether this new policy will effectively incentivize banks to invest in several small startups, instead of aiming for their standard, larger size investments. It's also clear that young entrepreneurs trying to secure investment under these terms should be very clear about what they are seeking and what levels of equity they are willing to offer.

We look forward to covering the first announced investment on Wamda.