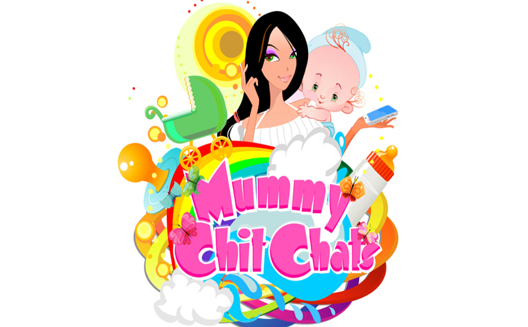 “It all started as a BBM group with friends who became moms around the same time and were eager for help and advice,” says young Egyptian entrepreneur Pakinam Elbadry, explaining how she developed the idea for her startup, MummyChitChats. The mobile application, which launched in February for iPhone, Android, and Blackberry, is now a private social network for moms where they can ask for advice on secure discussion forums.

Based in Egypt, with a small office in Dubai, MummyChitChats has managed to attract 14,000 registered mothers, 75% from Egypt, with the rest joining from the UAE, the U.K. and the U.S. Thus far, it hasn't even launched a marketing campaign; what draws mothers to the platform is the ability to ask any question they'd like, on any relevant topic, over private, secure chats.

Elbadry herself didn't start out as an entrepreneur, but became inspired to start MummyChitChats after her own difficult experience being a mother. After graduating in marketing from the American University of Cairo in 2008, she took on a full-time position at Asset Technology Group, a well-known IT company in Cairo. Yet a couple of years later, she had to quit because she had her daughter, Farah.

“Farah being an active and difficult child made it easier for me to stay at home, because she needed more attention and effort any other child would need,” Elbadry says.

Yet once she made the decision to stay home, she felt trapped and frustrated. “I felt like everything around me was crumbling,” she says.

She also worried about the message she would send her daughter by being a stay-at-home mom. “I wanted to be a role model for Farah, showing her that, as a mom, I still had an active role in the society, and at the same time I wanted her to feel proud that she was the inspiration for my first startup,” she says.

While handling her daughter's struggles, Elbadry would, as she says, send out SOS calls to her friends for advice, over Blackberry Messenger (BBM). Once she realized how much help it was providing, not just for her but for her community, she decided to turn it into a business by building a mobile app.

A few months later, Elbadry’s husband, who worked in the pharmaceutical sector, quit his job and joined her to launch a fully fledged mobile app development company, Vibesnet, that hired three full time developers and designers to build MummyChitChats.

Her husband handles the sales, while Elbadry handles the marketing and develops the tips and content, drawn both from friends and from meeting with other mothers, pediatricians and experts.

For now, the couple hopes to monetize through mobile ads, but are limiting themselves to only publish ads relevant to their users. “We are trying to create a hub for mothers on the app to find all their needs, so the ads will be dedicated to schools, nurseries, and baby shops,” says Elbadry.

A private venue for moms

One main element that differentiates this platform from other social networks is that it is completely private. You can't receive random “friend requests” from people you don’t know; you can only add people by sharing your MummyChitChat PIN, if someone is already on the platform, or sending an invitation over email or SMS.

Feeling safe is an element Elbadry is counting on to make moms comfortable while using the platform. “You are mostly surrounded by people you know in real life, who you chose to add and interact with,” she says. For those who want to branch out a bit more, a "Groups" section also offers public discussions in twelve categories.

The app also has a Feedback section where subscribers can write up a status update asking for advice or just add a mood update to get support from the community. It also offers a photo album, a baby calendar for vaccines, a recipes page, an emergency numbers page, and a guide to resources including nurseries, pediatricians, schools, restaurants, cafés, hospitals, in Egypt, the UAE, and Saudi Arabia.

A section called My Purse allows users to save chat bubbles and information to retrieve it later when needed.

Working with your partner

It seems like the Elbadrys are comfortable working together so far. “It is interesting to have your partner work with you on something outside the house. This experience is actually developing the friendship side of our relation, beyond conversations just focused on our house and Farah,” she explains.

An essential part of making it work is finding a synchronized way to teamup on the work, she says. "Because he works on the sales, and is outside the office most of the day, we are not facing the problem of being all the time together," she explains. The couple finds new work issues to discuss every day, and feel there is enough balance in their work. "Neither of us is the boss, and each of us accomplishes his tasks separately, but we do support each other as much as we can when needed," Elbadry says.

Overall, it's been a good solution, she says; building her own startup has allowed her to fulfill her personal aspirations as a working woman, while having the flexibility to see to all her child’s needs at the same time. She's also been able to benefit from advice while sharing it. “Adding my personal experience to MummyChitchats has been quite satisfying,” says Elbadry. If she can grow the company into a profitable business, it's the ideal job.