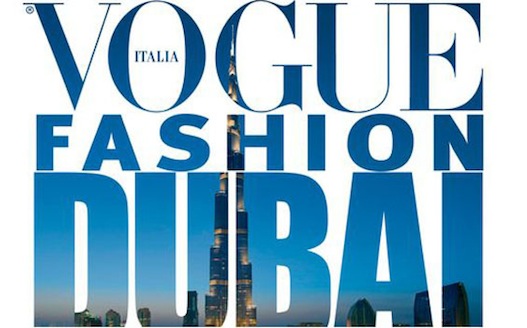 As a series of glamorous events this week in Dubai attract the fashion world’s heavyweights, Emaar, the Middle East’s biggest developer, has announced its plan to launch a US $100 million fund to support emerging design talent in the Middle East.

This fund may represent an attempt to further spur Dubai’s rather meteoric economic recovery, so far driven by tourism, luxury retail, and a property boom. Emaar has already had a hand in this recovery: the Dubai Mall, the 1,200+ shop space at the base of the Burj Khalifa, whose construction was supervised by the developer, has become the region’s capital for luxury retail, with a total of 70 million visitors and $4 billion in sales expected by the end of the year.

Currently, the mall caters mainly to mostly European luxury fashion brands, who drive demand for retail space, says Emaar chairman Mohammed Alabbar. While the Financial Times reports that Middle East-based designers have leveled complaints at Emaar about costs, questioning its pledge to support emerging talent, the new fund seems designed to speak directly to that need; the FT reports that Alabbar "said the Emaar-backed fund would help to foster entrepreneurial spirit among young people in the Middle East, where half the population is under 21."

While the Lebanese designers are globally reknowned, with Elie Saab, Reem Acra, and Zuhair Murad regularly presenting collections in New York, London, and Paris and dressing Hollywood’s biggest stars, the Emaar fund is designed to foster growing talent in the Gulf, like Mariam Elyasi, a 19-year-old designer who is now exhibiting in Spain, or the nine talents who will be on display at Dubai's Fashion Forward Week this week.

While the US $100 million fund is designed to help entrepreneurs more generally, it will focus on this emerging talent in the fashion and design community. “We need to fund the talent,” Alabbar told the FT. “Every young man and woman here is so keen on fashion and style.”