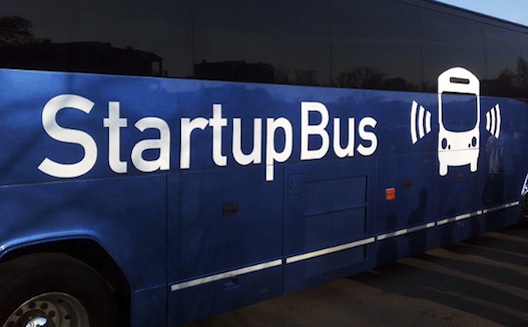 When an idea is good, it tends to travel across oceans. After successful runs in the U.S. and Europe, the StartupBus has launched its first African edition.

The StartupBus is an annual initiative, launched in 2010, that can be described as a Startup Weekend on wheels, without borders. Its gained some fame as it drove participants to annual tech/design/innovation/media conference SXSW, and saw tech guru Robert Scoble join to judge startups.

Now, the Africa edition will gather 20 African and 20 foreign entrepreneurs for a five-day road trip across several countries, Harare, Zimbabwe to Cape Town, South Africa, starting November 17th. During the trip, participants – who will be 50% developers, 25% designers, and  25% business developers – all collectively called “buspreneurs” – will design, build, and launch startups.

Like every hackathon, the journey will end with a final pitch, in this case, at the closing event of Global Entrepreneurship Week in South Africa.

Thus far, entrepreneurs are very interested in traversing Africa's promising market, where the mobile sector represents 4.4% of total GDP on the continent and the number of sold smart phones is expected to increase by 40% every year until 2017. Over 200 aspiring buspreneurs have applied from 43 different countries, and the initiative has convinced several renowned mentors to participate, including Richard Branson. 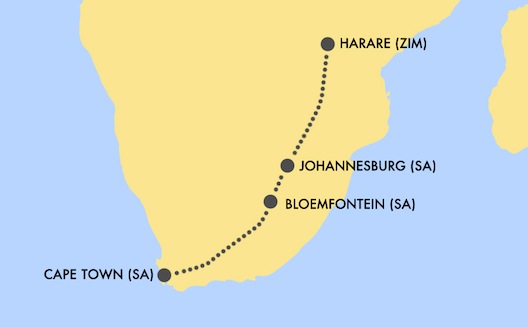 Calling the Community to Overcome Difficulties

In order for the event to be accessible to as many people as possible, the StartupBus Africa team has kept accommodation and food fees low; successful applicants will only have to pay €150 (~US$ 200).

This has meant that the team has to cover costs via sponsorships, something that's been difficult. Despite major partnerships including one with Africa Internet Accelerator-the South African equivalent of Rocket Internet– and a few logistics partnerships, the revenues are not sufficient, says Fabian Carlos Guhl, one of the organizers.

Their campaign got off to a slow start, says Guhl, because their team encountered a marketing challenge- they didn't know how to make a hackathon bus trip sound "sexy." Yet now that the team has pinned down more details, it can effectively communicate just how cool the project is. Guhl is feeling confident; more local sponsors have joined, on the condition that the bus passes through their countries, especially in West and North Africa.

For this first edition, the StartupBus team will focus on Johannesburg and Harare, which represent two very different faces of Africa in terms of living standards. Starting next year, the initiative will add new countries.

As it travels from Harare to Cape Town, meeting with local entrepreneurs and mentors along the way, StartupBus will offer a rare opportunity to build synergies between the various emerging African ecosystems, to promote the creation of a regional ecosystem and market, and to unleash the potential of the continent by enhancing its connection to rest of the world.

Could we dare to imagine such an event in the Arab world, considering the challenges of procuring visas and circumventing closed borders and political conflicts? If a reasonable route could be found, it could logically build upon the success that Startup Weekends have been seeing in the region, at a key moment, when the ecosystem is becoming more cohesive.