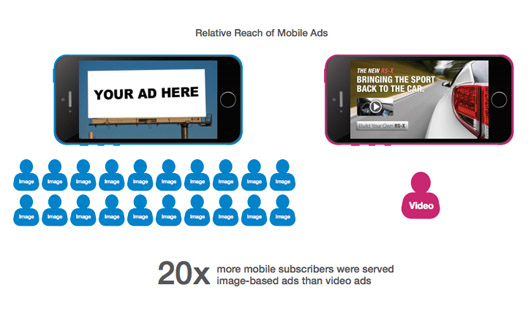 The future is mobile, and the future for mobile is apps. Advertising, video and image sharing, and mobile retail are all gaining traction with the growing base of mobile data consumers.

Citrix, a company specializing in mobile solutions, just released its fourth-quarter 2013 report providing insights into mobile data subscriber usage patterns and the impact this behavior has on operators’ networks. We studied findings from the report and highlight here some trends shaping the future of mobile.

2. Social video sharing is on the rise:

In the year 2013, both Facebook and Twitter launched their social video sharing services. Facebook's Instagram Video is the better performer of the two, attracting almost six times more traffic than Twitter's Vine. The video sharing service, launched only six months ago, now accounts for one-third of total data volume generated by Instagram.

4. MP4 is the mobile video format of the future:

Check back next year to see if these predictions are borne out in new data.