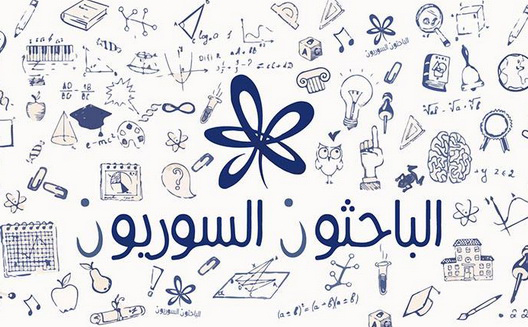 Among the many tragedies resulting from Syria’s war, thousands of schools have been destroyed and many universities and educational institutions have stopped operating, particularly those located in areas hit hardest by fighting.

Many Syrian refugees are also facing difficulties wherever they’ve settled, whether in pursuit of further study or work expertise and other skills needed obtain new jobs.

These challenges have led to several groups of Syrian young people launching educational initiatives designed to help Syrians develop their job skills and obtain the knowledge they need in order to secure a better future:

3atta2i is an independent voluntary initiative launched in 2012 that offers training sessions provided by professional trainers to students who wish to develop professional skills, and hence, potential. Courses include sessions on project management, English language, job search, job interviews, and others. Their initiative also features a Mini MBA program covering various management topics which has run three times so far.

What makes this initiative special is that it's based on the volunteer work of a group of professional trainers in return for financial contributions made by the students to civil associations and institutions in desperate need. These include relief societies for those displaced as a result of the war. Even better: the initiative has spread beyond Damascus and is now gathering support for Syrians in Dubai, and will soon be in Beirut too.

Jusoor is an NGO founded in 2011, known for helping Syrian students pursue their college educations outside of Syria by providing them with guidance from volunteer Syrian expats from around the world who have attended foreign universities. Jusoor has also launched a series of scholarship programs, in which 35 universities and institutions from around the world have vowed to offer full or partial scholarships for Syrian students, in addition to specialized vocational programs to help Syrian students compete in the labor market upon graduation.

Jusoor is also planning to dive into the entrepreneurship world: one future program advertised on its website is an Entrepreneurial Consultation Program expected to provide support and assistance for Syrian entrepreneurs.

With more than 79,000 fans so far on its Facebook page since its launch in 2012, this initiative publishes scientific articles and research papers in plain language, with the aim of addressing the difficulty of obtaining information in Arabic that might motivate Arab researchers to pay more attention to science, unlike western researchers who can easily find all the information they need in their own languages.

The initiative’s founder is Mouhannad Malek, a Syrian researcher at the University of Cambridge who is participating in the reality320 competition to found a charity science channel to support his objectives, as well as to establish an association with the mission of enabling Arab students to travel and get college educations in foreign universities. According to the initiative’s page, 150 Syrian young people, specializing in various scientific disciplines, are currently working with Mouhannad on the initiative.

Crucially, all of these projects were established by young Syrians to improve the current situation through volunteer and team work. Perhaps their initiatives will motivate other entrepreneurs in the region to follow suit and find solutions to the problems their societies have.