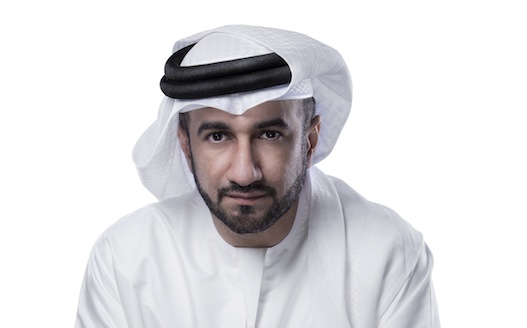 Abdul Baset Al Janahi, the CEO of Dubai SME, began the conference with a call for fresh approaches. “We are honored at the Mohammad Bin Rashid Establishment for the Development of Small and Medium-Sized Enterprises to organize this forum to discuss the development of entrepreneurship in the region, and how to evolve this vital sector to a higher level, by hosting a large number of the region’s intellectuals, business leaders, and creative minds, to encourage innovation and creative thought,” he said in the opening ceremony.

In the panels, entrepreneurs - moderated by entrepreneurs - built upon that tone, occasionally spouting platitudes but often pushing the envelope. On the first day, discussions at three sessions about women, angel investment, and investment vehicles offered insight into how stakeholders in the UAE can push entrepreneurship forward over the next decade.

What do women entrepreneurs need?

The panel on “Enabling Women’s Entrepreneurship Development” revisited data points that anyone following the Lean In movement is very familiar with: women often underestimate their performance, while men more often overestimate theirs.
Why are women backing out, and how can we encourage them to go through with the journey? Moderator Noor Sweid asked.

Hala Kazim, the founder of “Journey through Change,” an organization that guides Emirati women through personal and professional challenges, described a factor that will likely resonate with any woman as the legacy of the past two generations: women’s opportunities differ largely depending upon their context. “My grandmother in the UAE was illiterate, while my grandmother in Egypt was pursuing her university degree,” she explained. Context dictates expectations, she continued. “Women quit because we don't think we deserve better, and we don't think we can do it.”

2. A network of support.

Hazim touched upon a solution with which many women in our Wamda for Women roundtables have also agreed: that women can affect a cultural shift simply in the way they raise their children. And yet, support in the workplace - and in setting new standards - necessitates support. “We need to have a comprehensive support system from society,” Fatima Abu Okab, the Deputy General Manager of the Microfund for Women based in Amman, concluded.

What the ecosystem needs to encourage angel investment

“No investor invests to lose money,” he said. “They all invest to get money out. We will succeed when we see people making money. Remember when people used to queue for investment in this or that real estate company? People will do the same when they see returns.”

4. Government and private sector support, with a long term view. Salam Saadeh, the founder of the first woman-led VC in the Arab world, pointed out that pushing governments to create tax incentives for entrepreneurs and getting the private sector and large corporations more involved in supporting business creation (echoing the premise of Corporate Entrepreneurship Responsibility) would be crucial.

Both Saadeh and Gulati agreed that one of the biggest challenges to entrepreneurship in the Arab world is uniting the various communities in the region to prevent each ecosystem from remaining its own silo. Of course, with each government supporting its own population, fragmentation is a default position until the impact of new businesses becomes great enough to motivate governments.

“Otherwise, what’s to stop someone from just buying an apartment and flipping it?” he said, pointing again to one of Dubai’s historically lucrative investment methods.

5. More celebration of failure. Moderator Michael Lahyani, the founder and CEO of Propertyfinder.ae, the Dubai-based real estate portal (who was quick to joke that not all real estate purchases should be discouraged), made a point that’s been made often in the region (and has informed Wamda’s mandate): success stories aren’t lauded enough in standard media. Gulati also reiterated a theme we’ve taken to heart: celebrating failure is one of the best routes to success.

What do startups need to guarantee a good crowdinvestment campaign?

A third panel for the day focused on crowdinvestment, featuring LouLou Khazen, cofounder and CEO of skills exchange community Nabbesh, as well as Chris Thomas, the CEO and co-founder of crowd investment platform Eureeca.

Lately, startups in the region are flocking to Eureeca in search of funding after finding it difficult to secure investment from institutional or angel investors, or, in Nabbesh’s case, to augment an exsiting investment round. Thomas and Khazen’s advice on what makes for a good campaign might prevent many a startup from entering the process with the wrong approach.

The biggest element to keep in mind, previous crowdinvestees have said, is that startups need to leverage their own networks. Once startups get to 30% of their goal, it’s easy to pull in investors from the broader community of investors in the region.

Thomas echoed the importance of coming to the table with an established plan and a network at the ready.

“One of the main factors that determines the success of a crowd funding campaign is social media,” he said. “If there's no technology to allow you to engage your network to support you, it's going to be very difficult. It's also about the friends and family; we ask these companies to create a list of all of their friends and family that they will reach out to for funding.”

Startups looking to close that round of $50,000 USD or so may want to keep this advice in mind.

On the second day of the WEF, we headed into a very productive Wamda Mix N’ Mentor event  (more on some of our major conclusions soon). Yet the first day set a forward-looking tone. While pomp and ceremony will always be alive and well in Dubai, lately fanfare has often yielded blunt conversations, as entrepreneurs continue to advocate for the support that they need to succeed.