Late 2013 has seen a change of perception in Europe when it comes to understanding the growing entrepreneurship movement in the Middle East, thanks to a slew of events.

Dublin’s WebSummit, a major new tech event, invited many startups from the Arab world, mostly from Algeria and Morocco. Then StartupBRICS, a French blog on startups in the BRICS countries, organized a round table, and SafirLab invited media and social entrepreneurs for a two week acceleration program in France.

This past week, Europe’s biggest tech event, LeWeb, joined the trend by hosting a panel titled "The Arab World’s Startup Rising," fitting with its theme, “The Web in 10 years.” 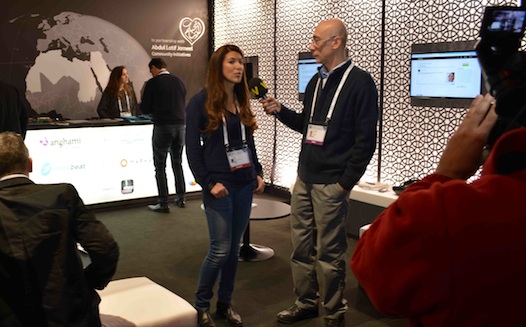 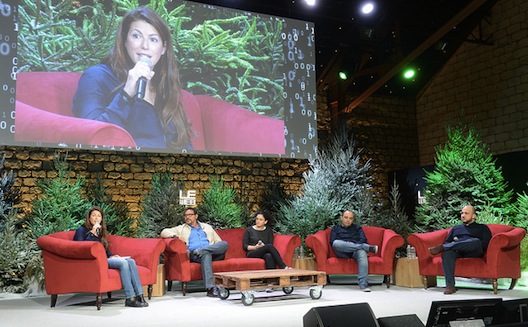 The panel, which was named Startup Rising after Chris Schroder’s book, was quite different from the other events at LeWeb because, for once, it included… women. While only 10% of LeWeb’s speakers were women, this panel was led by Hala Fadel, the MIT Entreprise Forum, Pan Arab forum chairwoman, and hosted Hind Hobeika, the founder of smart swimming goggle Instabeat, along with Elie Habib, the cofounder of Anghami, Kaswara Al-Khatib, the creator of Saudi Arabia’s first online entertainment channel, U Turn, and Ahmad Al Khatib, the cofounder and CEO of flash sales site MarkaVIP.

To sweep aside the clichés people might have on the Arab world, Fadel opened up the panel with some figures:

For Al Khatib, who used to work at Zazzle in the U.S. and now is based in Dubai, the Middle East now is similar to the U.S. in the 90’s, when e-commerce was scarce. Today, e-commerce represents 20% of the US global retail. Imagine how big e-commerce could be in the Middle East, where offline retail accounts for US$ 435 billion and the need for e-commerce is stronger due to the weather and the traffic issues, he argued.

The panelists also talked about the hurdles they've faced while scaling their companies. When you work in Lebanon, you have to think outside of the box, Hobeika pointed out. Because she has had to import her materials, she has rethought her prototyping process, and therefore ended up creating one that was seven times faster than normal. She also explained that because Lebanese always expect the worse, they’re particularly open to opportunities, and always ready to seize them either in their home country or abroad.

Another hurdle that Habib of Anghami pointed to is infrastructure. Because Anghami had to innovate to circumvent some countries' notoriously bad Internet connection, it ended up offering music streaming on Edge and 2G, something that Deezer and its other competitors don’t offer.

Challenging investors on the Middle East

Hala Fadel and MITEF Pan Arab initially flew in these 12 startups in order to change the way that people see the Middle East, and help companies scale. Next, she plans an international roadshow, a talk in the Silicon Valley in May, and hopefully a pavilion at TechCrunch Disrupt San Francisco in September.

Yet not every entrepreneur that crossed the Mediterranean came thanks to MITEF; Ramy Assaf, formerly of Honeybee Tech Ventures and Laimoon, participated in the "pitch in style" session in front of jury that included Paypal’s David Marcus and Uber’s Travis Kalanick for his brand new startup, Friendshippr – more on that later –, and get feedback from the speakers and the crowd.

Several of the entrepreneurs who attended from the Arab world also took the opportunity to ask speakers and panelists what their position on the Middle East market was.

Guy Kawasaki, for one, answered clearly that he doesn’t plan on investing in the Arab world because it would take him too long to understand the legal and economic structures in the region, and because he couldn’t be as invested in a startup as he would like, because of the distance.

In the end, the community and dialogue made it productive for most attendees; contrary to the startups that went to WebSummit and that complained that it wasn’t worth the trip, all the startups we talked to at LeWeb seemed glad they came and got what they came for.