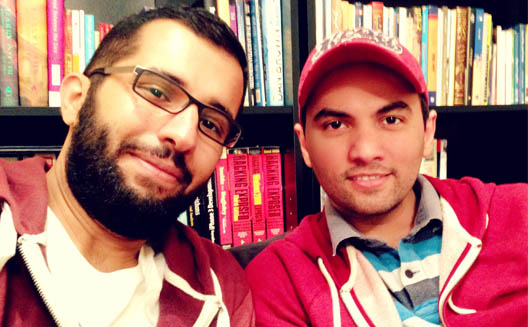 “We felt like aliens,” says Bandar Al Mashari, on how he and his friend Sultan Al Sharif related to the mobile gaming industry four years ago when they started developing games for the first time. Game development is still a largely untapped field for software developers in the region.

Both Al Mashari and Al Sharif got their bachelor's degrees in Computer Science, and Al Sharif continued his education and obtained an MSc in Information Technology. Right after he graduated, they both joined one of the leading oil companies in Saudi Arabia as IT System Analysts, where they met and founded their own game development company.

“We thought long and hard about a name that would represent us and at the same time be memorable,” he says. After much back and forth, they decided to go with Local Aliens, to represent their Saudi nationality as well as the fact that Saudi gaming companies are still very rare in the Kingdom.

Local Aliens’ current portfolio includes two games targeting iOS devices: Fluke HD and Arrows XD. Fluke HD, their first game, launched in February 2011 for the iPad, is a visually vibrant and action-filled board game that can be played with friends. Arrows XD is a universal game targeting all iOS devices, launched in August 2012 as a simple puzzle game.

Both games are either paid, or have paid in-app functions, and users have downloaded a total number of 650 thousand copies. While Al Mashari assures us that their company is profitable, he did not disclose specific numbers. "Currently we are a self-funded team and we use revenue from our sales to fund new projects," he says.

Al Mashari believes the local smartphone app market in the Middle East is still in its infancy, but he expects it to grow as people in the region begin to depend on smartphones for their daily activities. He thinks developing for international audiences is the key to success for local app development firms. He adds: "Targeting international players will drive your sales up, and making games that appeal to different cultures is a key to more downloads hence more revenue."

As for Local Aliens, Al Mashari hopes to grow the company and start hiring talented people. "In the next five years, we hope to become the most popular mobile game development firm locally in Saudi Arabia and to compete internationally," he says. They are currently working on a new game, called Square Battles, which will be available to download later this year.