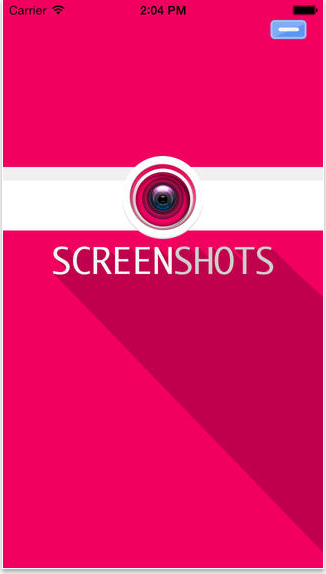 Smartphone users are becoming increasingly addicted to sharing screenshots from their mobile devices, as opposed to links that require clicking and loading.

The app, which was first introduced in January, enables users to share a screenshot from any website. Users can follow each other’s activity, and maintain their own profiles.

"My friends used to send me grabs of funny pictures and comments, posted on Facebook, to avoid the hassle of scrolling through the original Facebook posts," Moutawea says, explaining what inspired him to develop Screenshots.

Screenshots offers a simple Arabic interface, push notifications when a new user follows you, likes, or comments on posts. The app also has a search function to help you find friends and other users to follow.

Moutawea seems to have hit a sweet spot with his app: Screenshots has been downloaded more than 18,000 times in the first few weeks since its launch. Yet, Moutawea is still not sure how to monetize his new venture: the application is currently being offered for free, with no ads. "We plan to launch some premium features in the future, such as image effects, to make some profit. But, currently, we only hope to attract more users," says Moutawea.

With so many screenshot apps in the market – the likes of TinyGrab, a multi platform screenshot app – Moutawea cannot rest assured with his rapid success. However, the Emirati entrepreneur is counting on the fact that people use his app to share funny photographs to differentiate Screenshots from its competition.

Moutawea studied Interior Design at the American University in Dubai, after which he worked as a PHP web developer. He started developing smartphone apps in 2011, at which point he decided to establish his own app development firm, Creative Web Solutions CWS, in Ajman, UAE. “I saw the future in this field,” he says.

Before developing Screenshots, Moutawea developed a number of apps for several customers. His own very first app was called Stories of the Prophets, which placed first in a 2012 Mobily mobile phone developer challenge contest in Saudi Arabia.