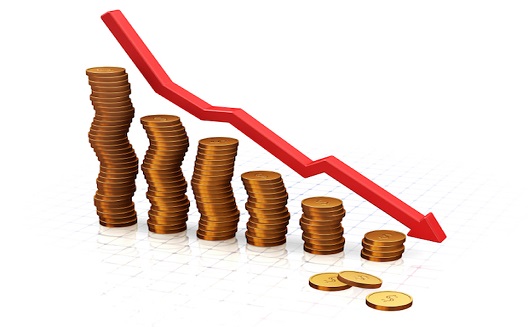 In the world of the internet, a bug is not something to take lightly. So Monday, when MTGox, the first Bitcoin exchange site based in Tokyo, reported a bug in its Bitcoin system, the company was forced to ban all users from withdrawing Bitcoin to an external wallet, causing a 20% depreciation of the digital currency’s price.

The Bitcoin bug allows anyone to use the Bitcoin network and change transaction IDs to make it seem as though transfers to Bitcoin wallets didn’t happen, when, in fact, they did. As a result, MtGox banned withdrawals to external wallets, but still allowed internal transactions to MtGox Bitcoin addresses, and currency withdrawals.

MTGox was blamed for making a public announcement, which caused a “widespread panic-selling,” but others thought that the company was right to announce the problem publicly. [UPDATE: Others have noted that this issue with the Bitcoin protocol have been evident since 2011, but that the protocols Mt. Gox is using to facilitate trading are not currently able to correct for it.]

Yet, Bitcoin enthusiasts in the region are still optimistic, especially the members of Jordan's Bitcoin Meetup Group, which led an event last Tuesday to introduce the cryptocurrency, amidst skepticism and curiosity in the local community.

“It is still a fairly new technology and there is a significant amount of work to make sure it's stable enough,” says Shaden Mar’i, member at Jordan's Bitcoin Meetup Group in Jordan and intrapreneur at TechWomen. “I think a couple of bugs will emerge in time but each will contribute to its final stability and ultimately, a fix to its price volatility.”

In an email, Mohamed Saleh, an advisor at Influencers WS, and co-founder at Bitcoin Meetup Group who led discussions at their event last Tuesday, wrote that this isn’t the first time Bitcoin has “faced a bug or a challenge, and this is not the most serious one.” In March 2013, the value of the digital currency dropped 23% but quickly rebounded, he recalled.

Ola Doudin, co-founder of the Bitcoin Meetup Group, agrees. “The transaction malleability bug is not among the serious bugs that jeopardize Bitcoin and there are ways to work around it,” she says. “Bitcoin core developer Greg Maxwell says that this doesn’t make the top ten list of dangers in the Bitcoin technology.”

Entrepreneurs in the region are experimenting with Bitcoin and launching businesses built around the technology. Tony Gallipi, founder of BitPay, a platform that accepts bitcoin payments, has told Wamda that as traders increase, volatility will decrease, making the digital currency more stable.

But on the face of it, this crash looks like a more serious setback than ones the company has faced in the past. It won't help the case for bitcoins in countries like Lebanon, where the government issued a warning against the technology, or Russia, which banned Bitcoin recently.

Other companies are following suit; e-commerce giant Alibaba declared last month that it will no longer accept any kind of virtual currency. Last week Apple removed Blockchain, its most popular Bitcoin Wallet, from the App Store because it is still uncertain about the international regulations surrounding Bitcoin.

Fouad Jeryes, the third co-founder, is optimistic about the currency's future, however: “We will witness the power of an open-sourced, self-mending, and ever-evolving economic system. It'll be faster and more democratic than what we have on hand in our world today,” he says. “When the opportunity [comes] to take part in the creation of something that is greater than what we have today, and more collective or distributed in terms of authority, amazing things will happen.”